Why would a recipe for crumb cake make me remember my 7 years of music lessons?

Maybe it was the Sunday performances I had to give for company at our house on the lake. These “mini-concerts” were a featured part of our Sundays with company. My mother, Gertrude Kertscher, and I would get the house cleaned up and bake all day Saturday to get ready for our company. Friends and relatives would come up from the city for a day in the fresh air.

Together, we’d enjoy sunshine, swimming and marathon badminton games followed by delicious cake and coffee and a free concert, given by yours truly. I was always a little nervous and embarrassed to get up in front of the crowd and play, but it was the afternoon entertainment, and it made my parents so proud. 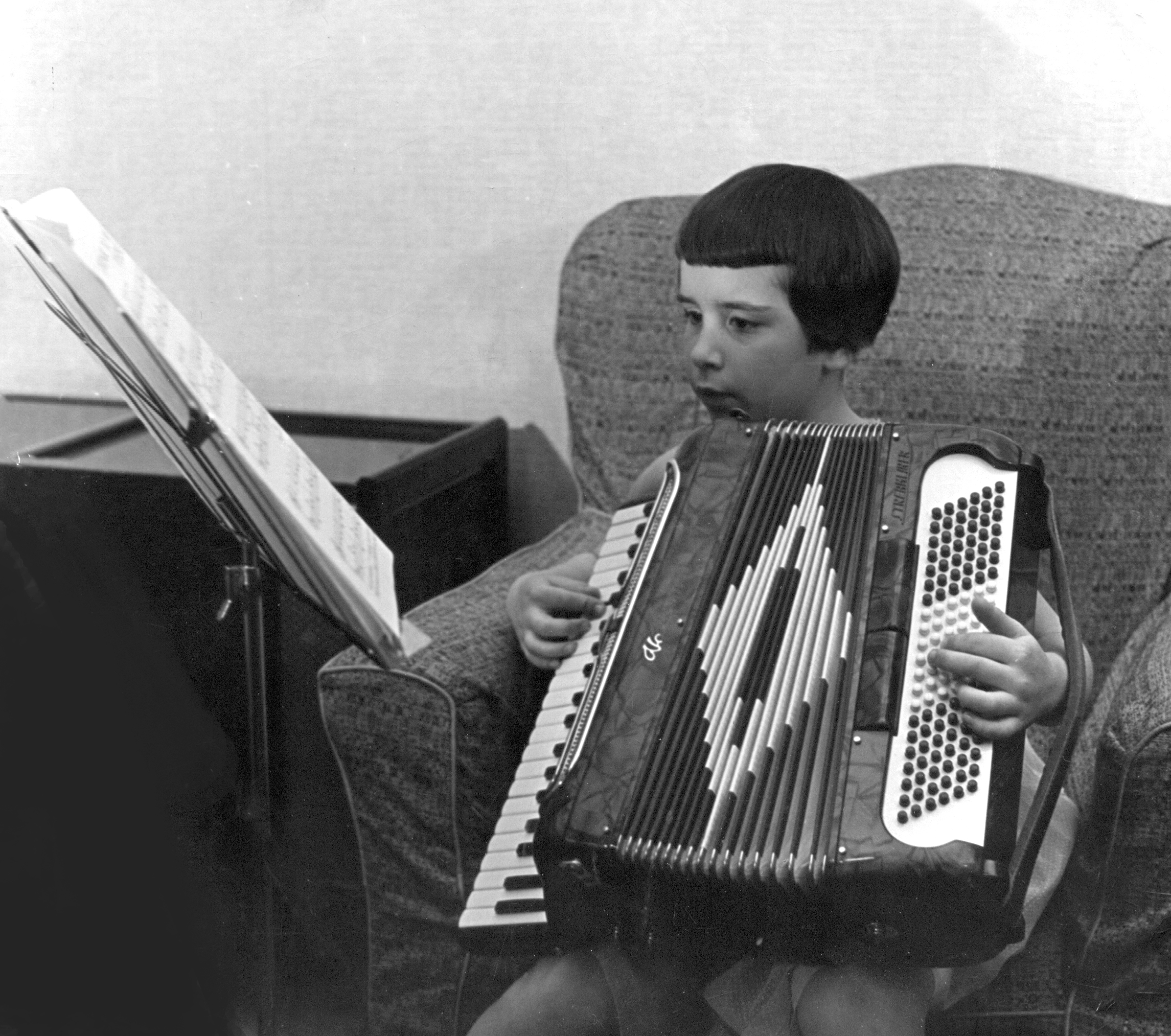 So, what was my instrument, you may ask? Well, of course, it was the accordion.

For the life of me, I don’t know why I chose it. Looking at the picture, I must have been 6 or 7 years old when I started learning how to play the accordion. Music lessons were something kids did back in the ‘50s and early ‘60s, and I don’t remember there being very much of a selection of instruments to choose from. We had a couple of them in the house, but nothing you could really get lessons for. My brother, Harry, had a fancy harmonica that played sharps and flats with a sliding lever and my mother had a Hohner melodica, a wind instrument with a piano keyboard, that she would teach us folk songs on.

Having taken piano lessons as a child, Gertrude would have loved piano lessons for me, but she and my father, Horst, couldn’t afford a piano, and we lived on the second floor of a Montclair duplex. I had to choose a more portable instrument. My accordion didn’t seem that portable to me, though, as it was almost half as big as I was.

Maybe it was my German heritage that influenced my choice or maybe it was the accordion’s pretty pearlescent and red shell with the blue accents and sparkly keys that sold me. Maybe it was all of the buttons. That accordion was so fancy.

And it weighed about 20 pounds—not including the case.

I took lessons at a music school in Belleville, N.J., until we moved up to the lake. Once we were living up at the lake full time, I transferred to a music school in Dover on Blackwell Street. The studio was up a steep set of stairs, and I remember schlepping that accordion upstairs and enduring an hour of lessons every week. My brother (who wisely chose the guitar) and I started lessons at Tempo Music on Route 46 in Dover, a little after that. More stairs, more schlepping. I never learned how to read music. I learned all of my songs by ear and by watching my teachers.

The Sunday afternoon company concerts went on, however, and I would still get “stage fright.” I’d perch on my folding chair out on the lawn in the backyard and do my best to play a couple of numbers I had been practicing all week. I remember the bellows of the accordion pinching my belly as I squeezed them in and out while I played. Remember, it was summer, and I wore a bathing suit all day long. 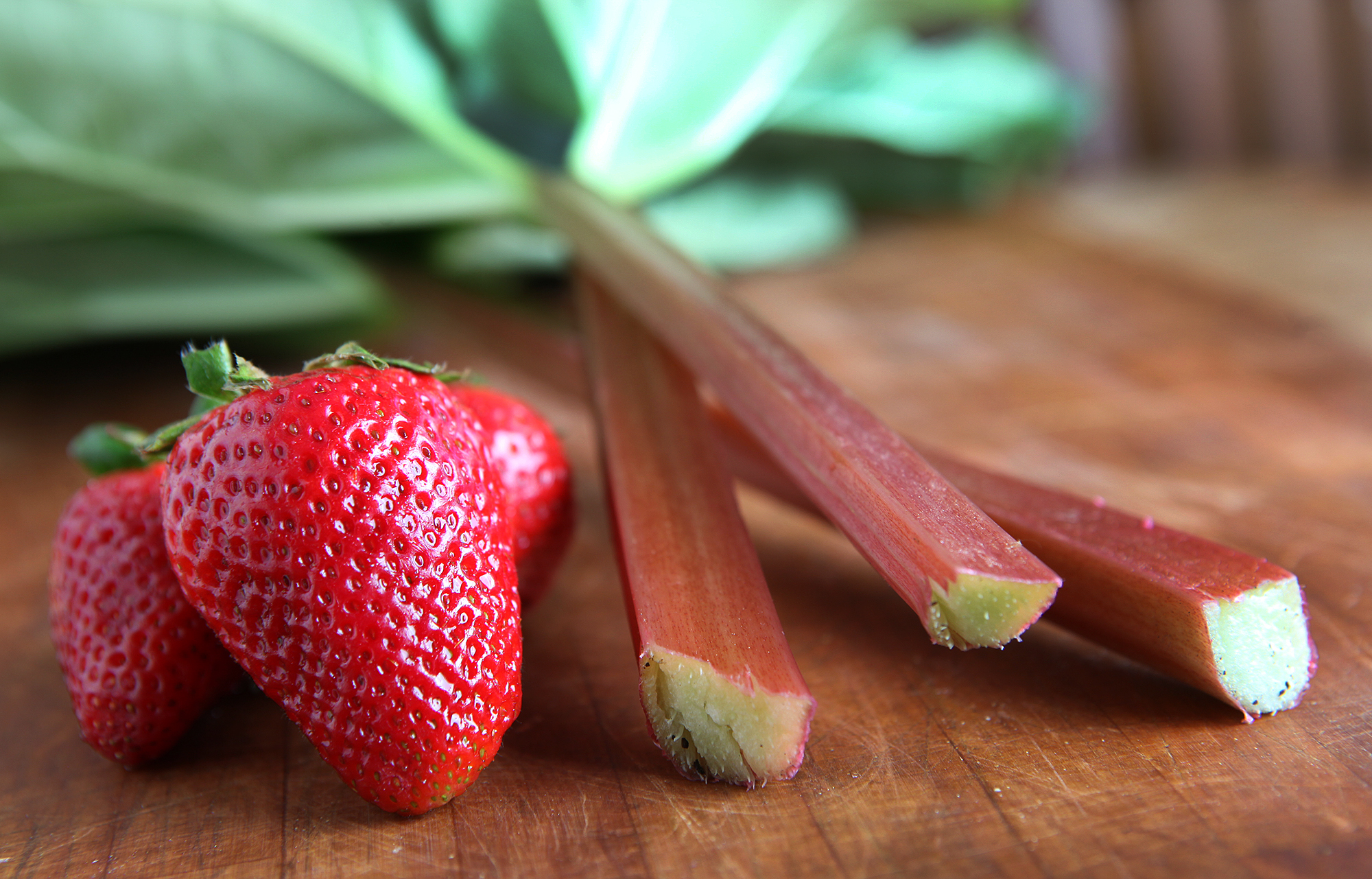 Later in my accordion-playing career, I was allowed to borrow an electric accordion from Tempo Music. My dad (not a licensed electrician) ran an extension cord from the basement over the lawn and I plugged in. My Sunday afternoon concert was short-lived after I received a couple of jolts from that big old Sanovox electric accordion I had brought home that week. My wet bathing suit and bare feet proved to be excellent conductors of electricity. Yikes!

My music interests eventually migrated from my accordion to my brother’s guitar. He had a Gibson electric that I started twanging around on when I started listening to the radio in the mid ‘60s. A friend showed me how to play chords with tablature (or tabs) and once I mastered three chords, I could play just about any song I wanted. I never learned to read music for the guitar either, but wholeheartedly enjoyed playing it and singing along.

I received a beautiful 12-string guitar for Christmas when I was in junior high school and I brought it with me everywhere I went. I admit that I had dreams of being the next folk singing sensation, like Judy Collins or Joni Mitchell. I loved singing with friends and even had a couple of paying gigs during my college days. The guitar was more of an instrument of inspiration and improvisation for me, and I still enjoy playing it now. One of my retirement goals is to sing and play every day. And, hey, who knows, you might see me at the next open mic somewhere!

I’m sorry we sold my old accordion, though. I’ve tried to play a couple of times over the years when I’d run across one, and I can still remember how to play those old songs I learned by ear.

If I ever run across an accordion in working order, I’ll probably buy it.

So, what about the crumb cake connection? Crumb cakes of one kind or another were always in Gertrude’s baking repertoire and were usually on the menu for Sunday afternoon coffee. The recipe here is more of a bakery-style crumb cake with epic, gigantic crumbs and a tangy fruity filling. Rhubarb and strawberries are always a winning combination, but fresh peaches or sliced MacIntosh apples can be substituted, depending on the season. 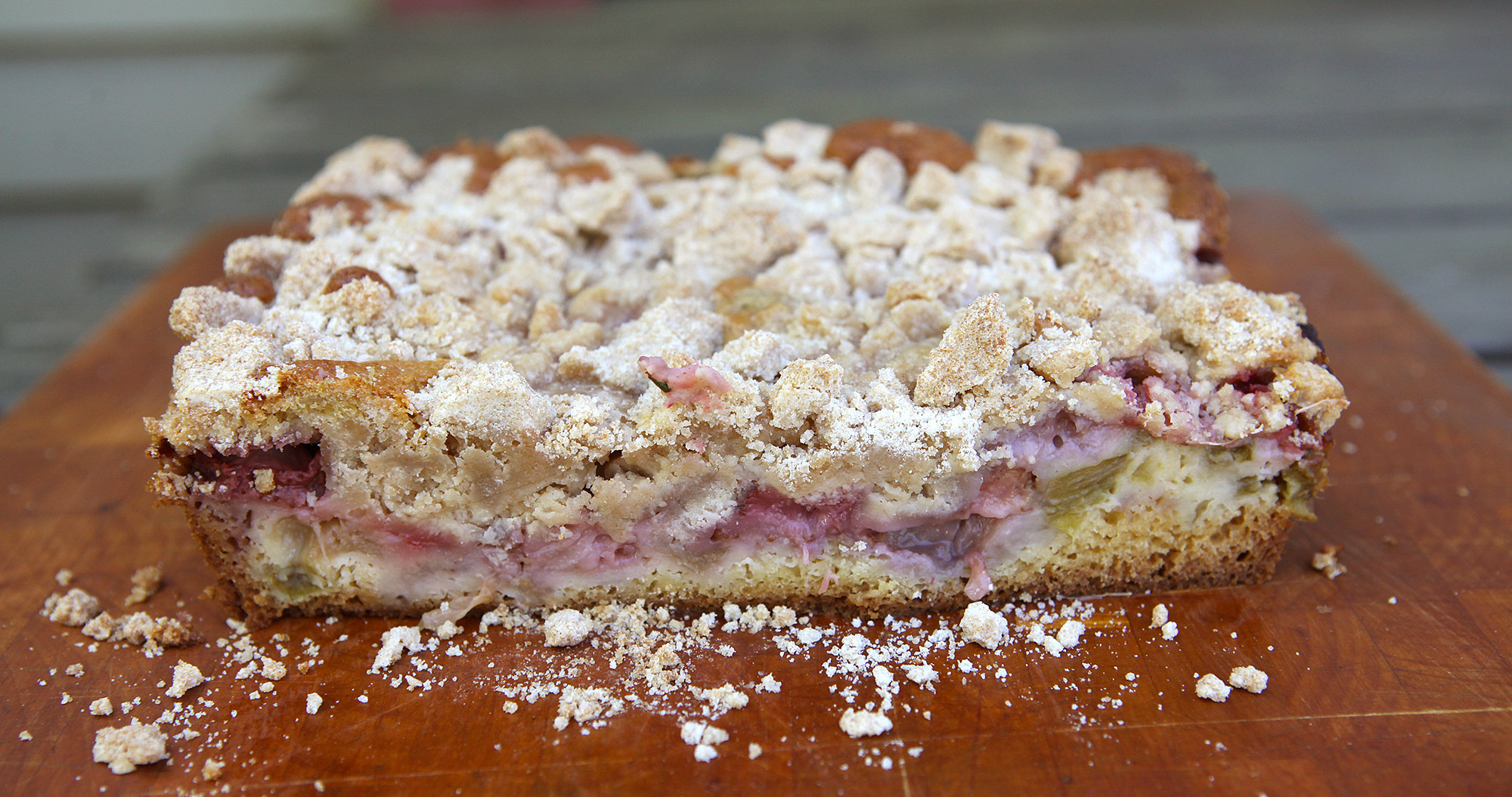 Cake flour makes for a very tender delicate cake. All-purpose flour can be substituted in the crumbs and cake parts of the recipe

For the strawberry-rhubarb filling:

2.  In a medium-sized bowl, toss the strawberries and rhubarb with the sugar, cornstarch and ginger. Set aside.

3. For gigantic bakery-style crumbs, be sure to mix the ingredients in the following order. If you mix the flour in first, it will absorb all of the butter and the crumbs will be dry.

4. Whisk sugars, spices and salt into the melted butter until smooth.

5. Add the flour next with a spatula or wooden spoon. Stir well to blend. It will look and feel like a solid lump of dough.

6. Leave the crumb mixture pressed together in the bottom of the bowl and set aside.

7. In a small bowl, stir together the sour cream (or yogurt), egg, egg yolk and vanilla, set aside.

8. Add the flour, sugar, baking soda, baking powder and salt to the bowl of an electric mixer and give it a quick whiz to combine the ingredients.

9. Add the softened butter and a spoonful of sour cream (or yogurt) mixture to the dry ingredients and mix on medium speed until flour is moistened. Increase speed and beat for 30 seconds.

10. Add the remaining sour cream (or yogurt) mixture in two batches, beating for about 20 seconds after each addition, and scraping down the sides of the bowl with a spatula.

11. Add the batter into prepared pan. Spoon the strawberry-rhubarb filling over batter.

12. Using your fingers, break the crumb mixture into big crumbs. Sprinkle over the cake batter.

13. Bake cake until a toothpick inserted into center comes out clean (it might be moist from strawberry rhubarb mixture), 45 to 55 minutes. Cool completely before serving.