Something I heard frequently when I was growing up was that my mom, Gertrude Kertscher, was such a great cook, we never had to go out to eat.

That was certainly true, but in speaking to several friends recently, many were in agreement that going out to dinner in the 1960s was not really something most families did.

Dining out was expensive. Restaurants were far away from us up at the lake. What could any of us possibly want that Gertrude couldn’t prepare herself?

Shrimp were not readily available in the grocery stores; it was something you’d get if you went to a fancy restaurant.

I’m sure that my father, Horst Kertscher, grew up never eating any seafood whatsoever. He was born in Germany in the heart of farm country, far away from the ocean. Pork, cabbage and potatoes were the mainstays of his diet. He may have tasted pickled herring at Christmastime, but shrimp, crab, lobster and scallops were virtually unknown to him.

I remember that once in a while to “spoil” Horst, Gertrude would buy Sau-Sea shrimp cocktails. Maybe you remember them? They were packed in little reusable juice glasses with a metal top that you had to pop open with a bottle opener. There were maybe three or four shrimp swimming in ketchup-horseradish cocktail sauce, and they were my father’s absolute favorite treat.

We, like almost all of our friends’ families, had a whole set of these glasses, and I remember using them every day. By the way, if you’re feeling nostalgic for them, they are available on eBay. (I nearly bought a set.)

When I researched shrimp on restaurant menus of the 1950s and ‘60s, I discovered that shrimp cocktail was a minor luxury for many people in the 1960s. The cost of shrimp was high enough in the mid-1950s to make the theft of frozen shrimp a serious issue for New York’s Mamma Leone’s Restaurant, which lost thousands of dollars’ worth of shrimp to a ring of thieves.

I believe it was my older brother, Harry, who discovered the Stockholm Smörgåsbord restaurant in New York City. It was located on 51st Street. He may have gone there with friends or business associates, and, so, when he suggested we go as a family, we were all beyond thrilled. I was probably 10 or 11 years old. I remember all of us getting dressed in our best clothes and piling into our station wagon for the long ride into the city.

At the restaurant, we were escorted to our table. We then eagerly made our way to the massive buffet table, groaning under the weight of what seemed to be a thousand delicacies: herring, smoked eel, salmon, all kinds of freshly sliced cold cuts, cheeses, vegetable salads, Swedish meatballs and breads, all surrounding a stunning centerpiece—a mountain of chilled, succulent pink shrimp.

All of us, especially my father, made several trips back and forth to the smörgåsbord for second, third and sometimes even fourth helpings of those delicious shrimp.

Even as shrimp became more available, they never really graced our table at home. Maybe my mother didn’t have a good recipe for shrimp or maybe she wanted them to remain a special treat that we would enjoy on the rare occasion we went out to dinner.

Now, I love to prepare shrimp and almost always have a stash of the 2-pound bags of them in my freezer. I like the extra jumbo shrimp (duh!?), which are 16-20 count per pound. They only take a few minutes to thaw and cook in a flash.

They are easy to overcook, though, and can get rubbery and tough if you’re not careful. This method for poaching them guarantees they will be tender and tasty every time 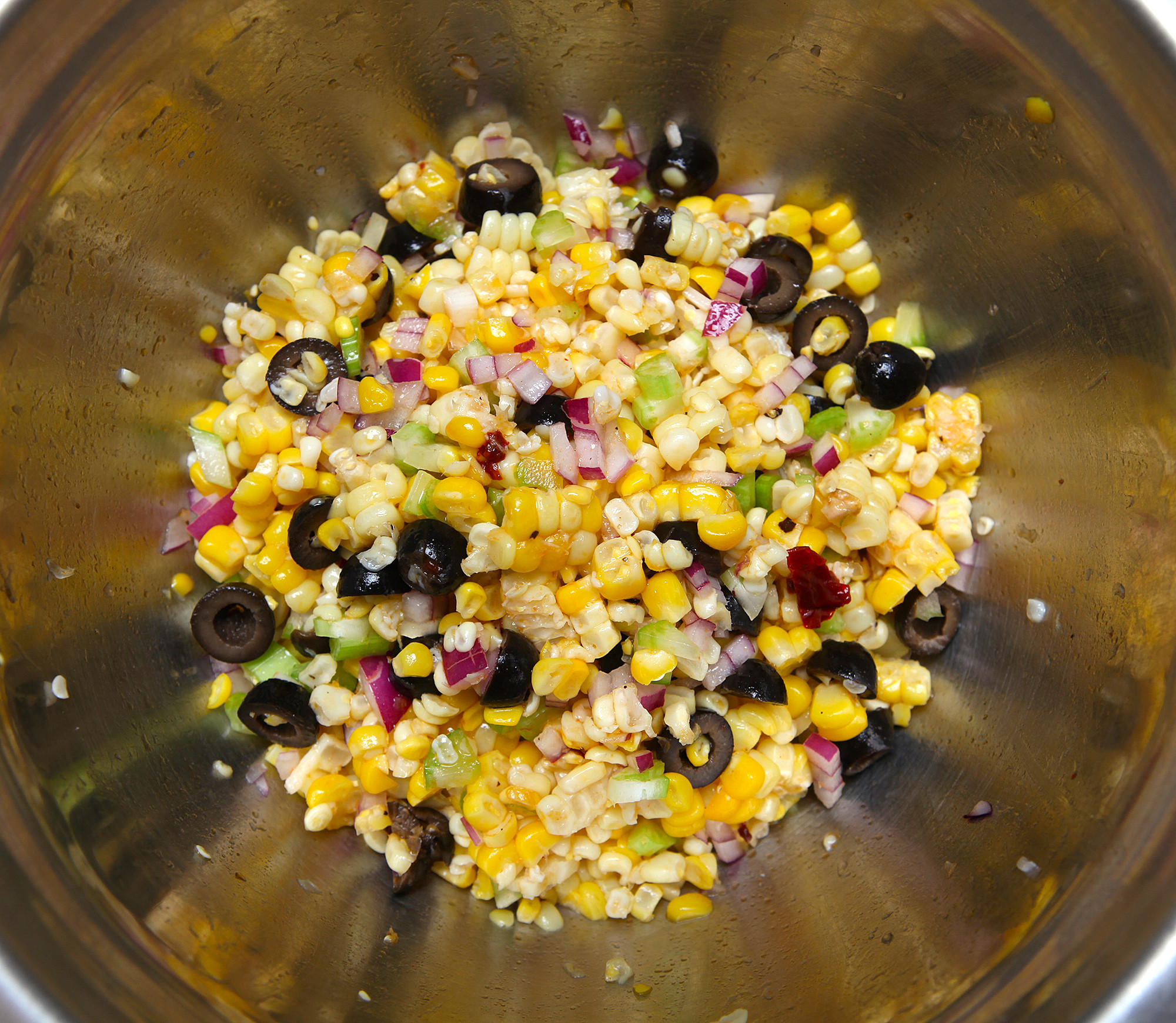 If the quantity of shrimp needs to be doubled, it is best to poach them in two batches to ensure they are cooked all the way through. When the first batch has finished poaching, remove them from the pot and set aside. Use the same poaching liquid; just bring it to a boil again and then add the second batch, then follow the rest of the steps.“

Notes: If the quantity of shrimp needs to be doubled, it is best to poach them in two batches to ensure they are cooked all the way through. When the first batch has finished poaching, remove them from the pot and set aside. Use the same poaching liquid; just bring it to a boil again and then add the second batch, then follow the rest of the steps.“