JEFFERSON – The mayors of the four Lake Hopatcong towns presented their concerns to Gov. Phil Murphy Thursday at an informal lunch meeting at The Windlass restaurant.

harvesting program on the lake, which has been suspended following a fatal harvester accident on June 23; support for the current pilot programs aimed at reducing the impact of a Harmful Algal Bloom (HAB); and releasing the remaining state grant funds approved in November to continue HAB reduction programs.

Hopatcong Michael Francis said he pressed the governor on the need to try new technologies to combat the lake pollution. Francis has advocated for the use in a trial of sterile weed-eating carp in Crescent Cove as a way of reducing the heavy weeds there.

DeFillippo and Mount Arlington Mayor Michael Stanzilis said they were encouraged that Murphy said he would reach out the Department of Environmental Protection to increase the daily capacity of Hopatcong State Park in Landing beyond the present 50 percent set to allow for social distancing during the coronavirus pandemic. DeFillippo and Stanzilis each said the overflow from the state park is affecting the use of their local beaches and parks by their residents.

Jefferson Mayor Eric Wilsusen said he was encouraged that Murphy said he would facilitate a meeting with the lake area officials and DEP officials to discuss key lake issues and try to increase cooperation.

Murphy, who had visited Lake Hopatcong last fall after HABs closed lakes statewide, said he understands how the lake region has been impacted first by the 2019 HAB and recently by the 2020 shutdown caused by the coronavirus pandemic.

The current pilot programs being implemented around the lake are part of a $13.5 million plan Murphy approved last year to fight HABs statewide.
Murphy said he was impressed by the mayors’ collective call for using new approaches and new systems to combat the lake water quality issues.

“We must take steps to protect this jewel of our state,” he said. 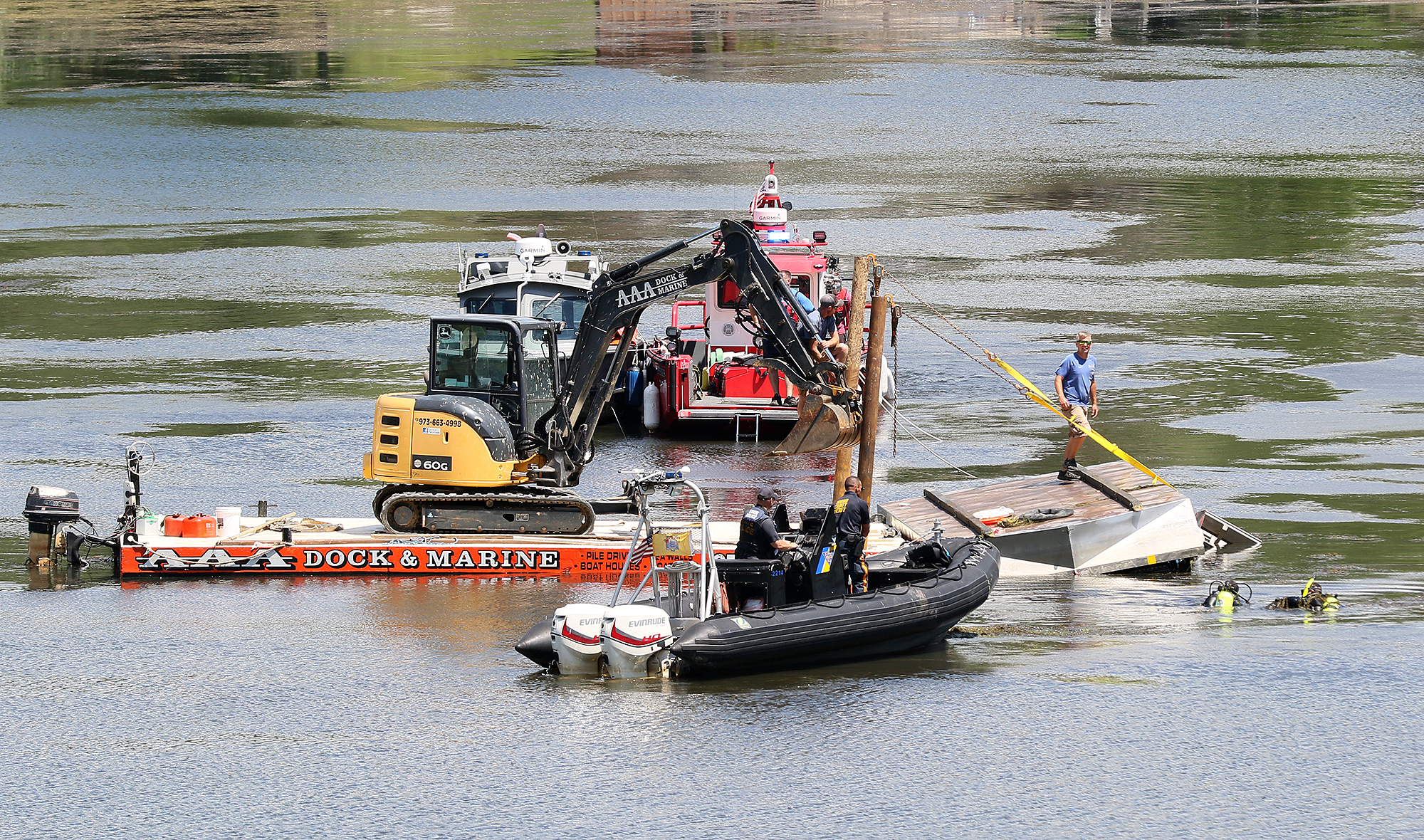