One of the things I love most about birds—and nature in general—is that there is always more to learn. There are habits and colors and songs and so many things you may not expect, and I love those surprises.

Once, on a date that included a pre-dinner stroll on the boardwalk at the Great Swamp National Wildlife Refuge in Morris County, my date was rather unpleasantly surprised by bird habits. I don’t remember why my date—who was not a birder—suggested a contest, but he did, declaring that the first person to spot a bird would “win.” Soon thereafter, I spotted a sweet little winter wren scurrying along the ground under a fallen, moss-covered log. My date denied my win, fuming that my sighting was unfair and didn’t count because birds live in trees; therefore he had been looking up and it wasn’t his fault he missed seeing the wren. He demanded a do-over. 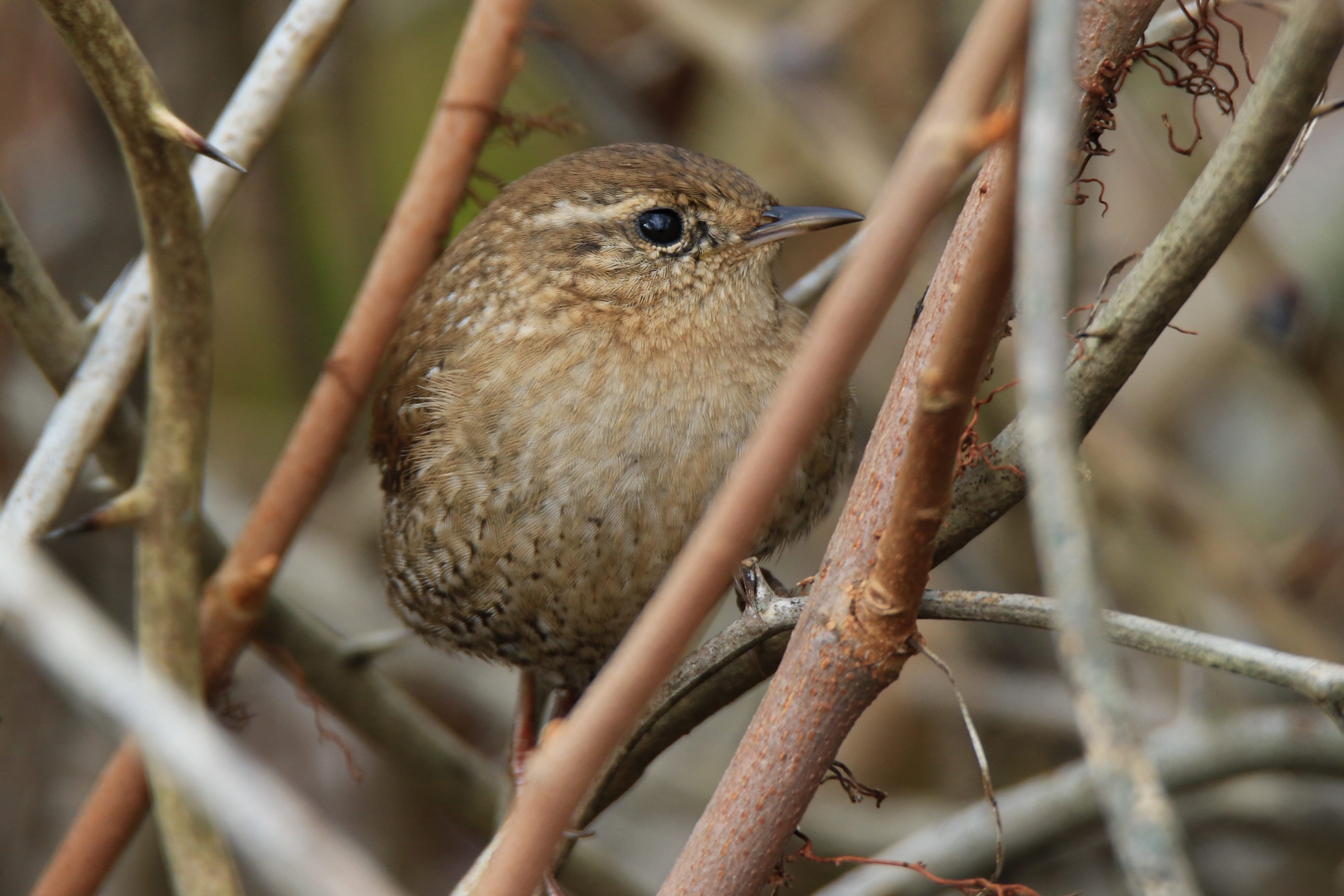 Truth is, every layer of the forest has inhabitants that are perfectly suited to its relevant conditions. Winter wrens are, in addition to being absolutely adorable, weak fliers. They are much better suited to scurrying. Tiny, mouse-like brown birds, winter wrens have extensive, detailed barring on their feathers. They hold their very short tails cocked upright, and this helps distinguish them from other birds.

Truth is, every layer of the forest has inhabitants that are perfectly suited to its relevant conditions. Winter wrens are, in addition to being absolutely adorable, weak fliers. They are much better suited to scurrying. Tiny, mouse-like brown birds, winter wrens have extensive, detailed barring on their feathers. They hold their very short tails cocked upright, and this helps distinguish them from other birds.

These wrens energetically roam forest floors, bouncing up and down like they’re doing squats as they hunt through the leaf detritus for bugs. Despite their small stature, they are one of the loudest birds for their size. According to Cornell University, a winter wren “delivers its song with 10 times more power than a crowing rooster.” Pretty impressive for a bird that’s less than 4 inches long! In New Jersey, look for these birds primarily during fall and winter, in parks like the Great Swamp or the Delaware Water Gap.

Another ground-dwelling bird you may find in spring or summer at the Delaware Water Gap is the ovenbird, a type of warbler. Although most warblers are renowned for flitting among a tree’s highest branches while gleaning insects, some are most comfortable on the ground. Ovenbirds construct nests on the ground that look like tiny, wood-fired pizza ovens—hence their name. Females construct them from the inside out, then drop leaves and twigs on top so they’re well camouflaged.

These small birds have a spotted breast and an orange crown stripe. They strut across the forest understory in the manner of tiny chickens, bobbing their heads as they walk. These ground-dwelling birds are also well known for their song, so much so that Robert Frost wrote a poem about them in 1916. Titled “The Ovenbird,” the first line is: “There is a singer everyone has heard.” Indeed, if you listen in the woods next spring and summer, you may hear a loud, insistent cry calling for “teacher, Teacher, TEACHER!” They are easier to hear than to see, so remember the hint to look down on the ground!

Another fascinating ground-dwelling bird is the burrowing owl. As their name implies, these small owls live in burrows that are several yards long and about 3 feet deep. They sometimes dig their own burrows using their beaks and pushing the dirt out behind them with their wings. They also take over the burrows of prairie dogs or ground squirrels (out west), or of gopher tortoises in Florida, where I live. These owls are long-legged, with sandy-colored plumage and huge bright yellow eyes under a white eyebrow. Also adorable, these owls are diurnal, meaning they are most active during the day when they hunt for insects and rodents. A sentry is usually standing guard at the entrance of the burrow, ready to send up the alarm if they spot any danger. As they prepare to lay eggs and raise chicks, these clever owls guarantee a food supply for themselves. They store up prey they’ve killed in a larder in the burrow. They also line the entrance of their burrow with animal dung, which attracts beetles to their doorway that can easily be snatched and gobbled up. Gives an entirely new meaning to the term “grub hub,” doesn’t it?

I could go on and on with many more examples of birds that prefer homes on the ground—and just as many that choose the mid-story of the forest, or those that opt for the treetop penthouses. Just as some of us prefer living at the lake while others prefer the shore, cities or mountains—birds choose the environment for which they’re best suited, where their needs are met and they feel secure. Isn’t that what “home” is all about? 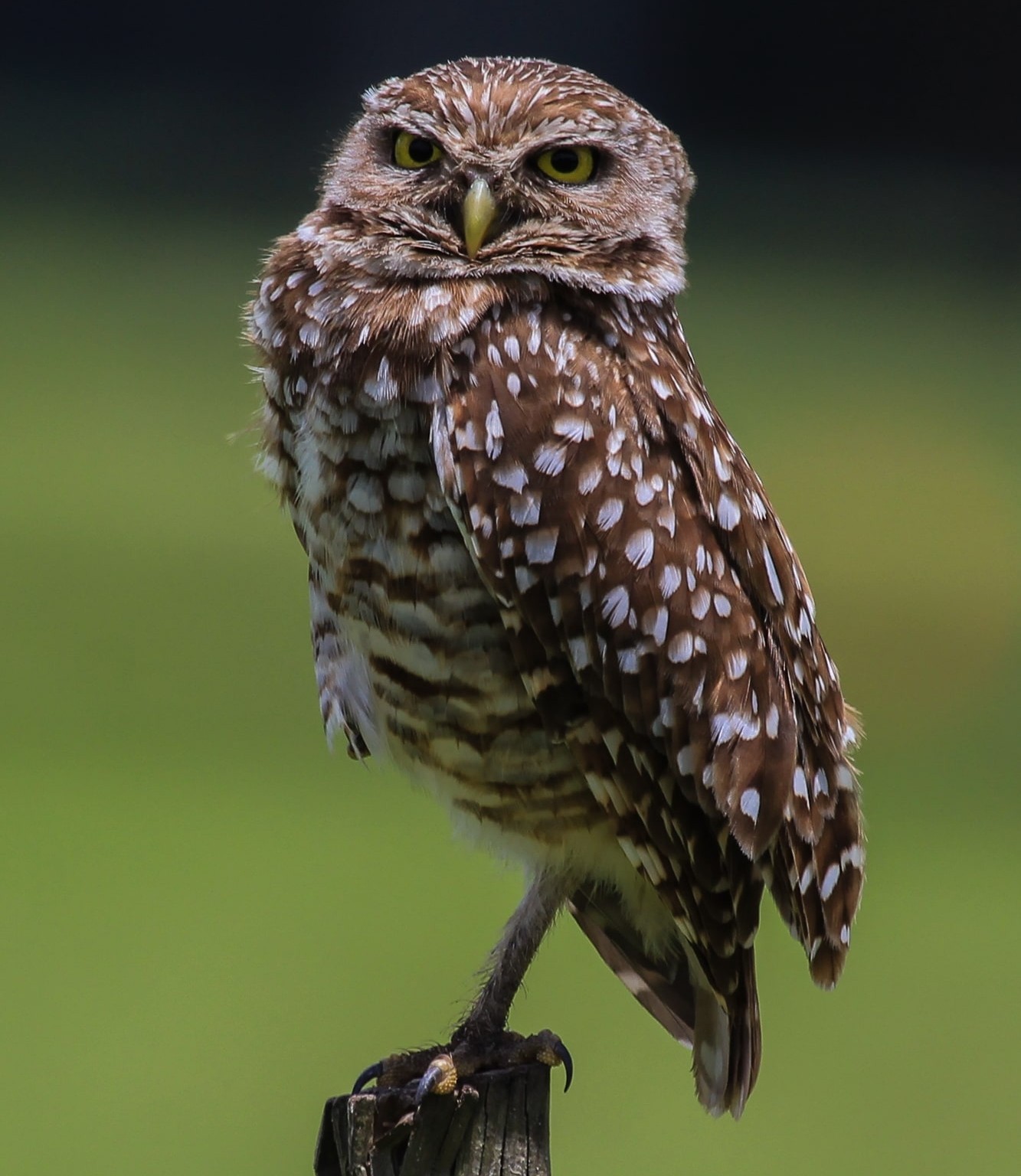 As for that long-ago date, I didn’t go out with the guy again after that doomed walk through the Swamp. I was not tempted to spend time with such a sore loser—or with someone who was frustrated, instead of impressed, with the surprises nature offers. Much better, in my opinion, to meet surprises with wonder and be open to continually learning.

It’s the only way to be amazed at the endless mysteries of nature, don’t you think?