A 1947 advertisement in the Lake Hopatcong Breeze proclaimed a new development the “miracle of Lake Hopatcong!” The ad described Shore Hills Estates as a “beautiful new community… carefully planned to satisfy your every need and whim for summer happiness.”

For “as little as $2,990” buyers could acquire a custom-built vacation home with water, electricity, good roads and “all the conveniences of city living with all the charm of a rustic summer bungalow.” The new community offered plots of “at least 7,500 square feet” for “as little as $200 down and $20 monthly.” 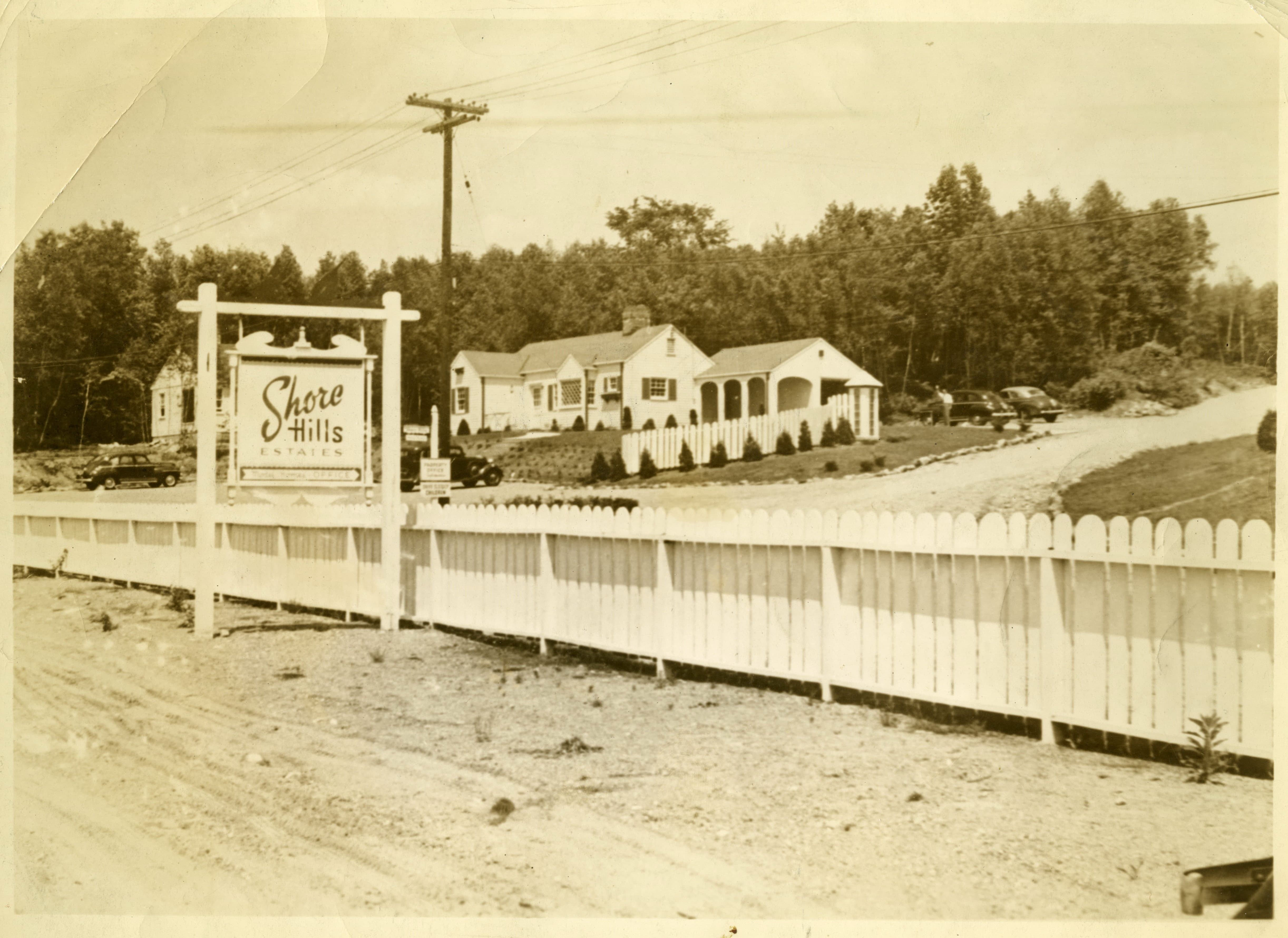 According to the July 19, 1947 Breeze, 72 home sites had already been sold in Shore Hills, the “ideally planned community on the desirable East Shore of Lake Hopatcong.”

Henry M. Margolis, the development company’s president, and Manuel Selengut, the executive in charge of building, advertised more than 500 lots, including lakefront, hilltop and brook sites.

All homes were designed by architect Carl Kemm Loven, and buyers could choose architectural styles from “established” to “modernistic offerings.”

The developers promoted “winding roads, parks, and sparkling springs” and planned business sections for the future. A 100,000-gallon tank installed on the property to hold water pumped from “deep artesian wells” alleviated homeowner concerns about water and, as a bonus, the central water supply fed fire hydrants throughout the development. 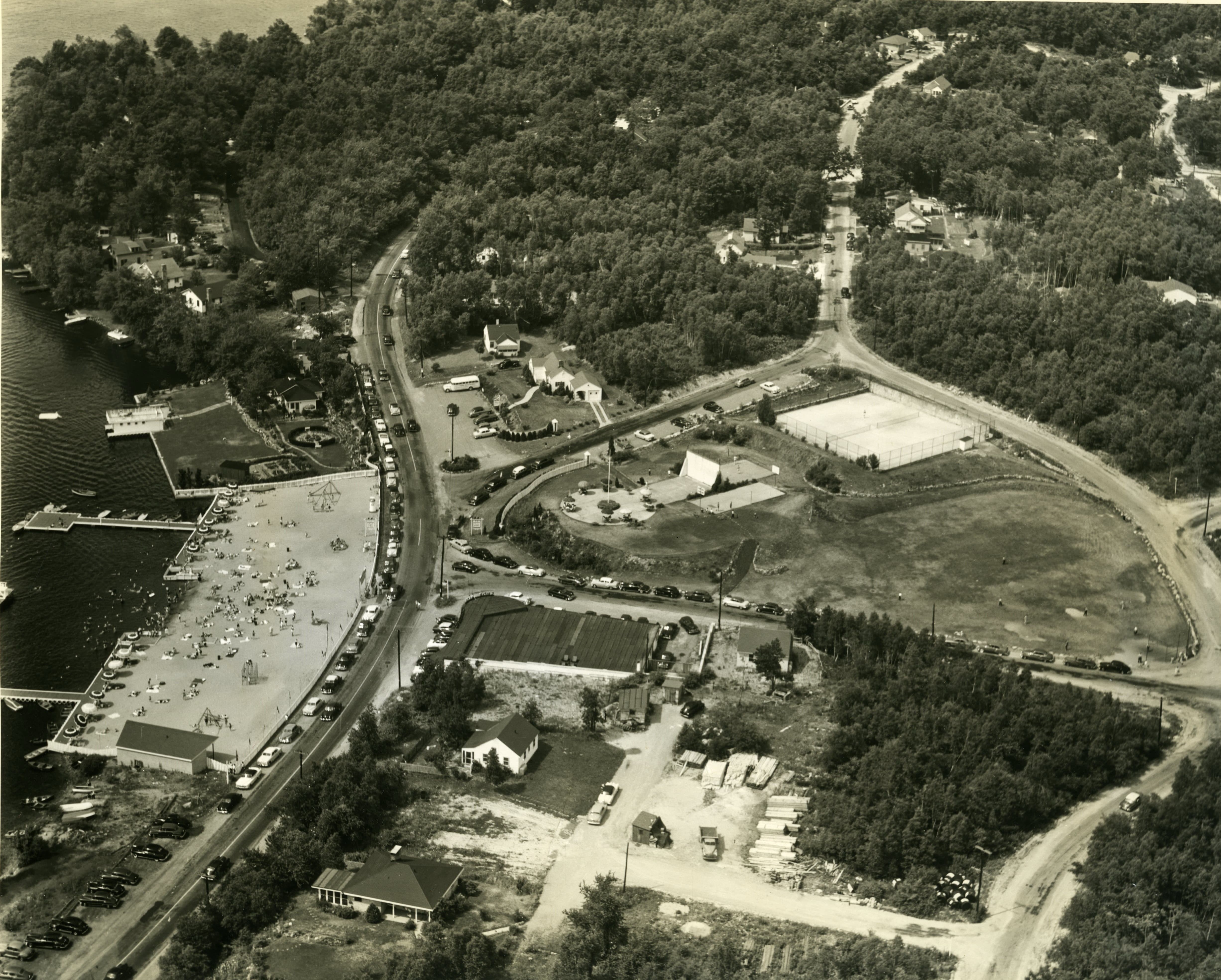 The 400-acre Shore Hills site, split between Mount Arlington and Roxbury, was once home to American Forcite Powder Company, which was established in 1883. The site was chosen for the large industrial facility due to its remote location and proximity to the Army’s powder depot at Picatinny Arsenal and the Hercules plant in Kenvil.

The plant produced the first commercially available gelatin dynamite in the United States. Water-resistant and relatively fume-free, this explosive was particularly suited for tunnel and hard rock blasting and was widely used in the iron mines of northern New Jersey.

In 1913, American Forcite became part of Atlas Powder Company. A growing summer community was beginning to border on the once isolated facility. Facing high land values and high taxes, the owner dismantled the plant and moved operations to eastern Pennsylvania in 1932.

After sitting idle for over a decade, the property was acquired in 1947 for Shore Hills Estates. Such developments skyrocketed during the baby boom years after World War II as Americans sought family-friendly vacation spots. Shore Hills competed for this market at Lake Hopatcong along with East Shore Estates and Prospect Point.

Although most of the land at Shore Hills Estates was set back from the lake, the developers maximized its lake frontage. Construction of a large beach was a major selling point as all homeowners would have the right to beach access. In the summer of 1947 construction began on the first homes: modest-sized and designed as fairly simple summer bungalows.

Shore Hills made many improvements to draw buyers. A children’s playground was opened for the 1948 season and the large beach was enclosed by a white picket fence to provide privacy and safety. Construction of handball and tennis courts, a baseball field and a community clubhouse commenced.

The August 28, 1948 Breeze reported that home construction was personally supervised by Manuel and David Selengut, “whose expert knowledge in this field makes it possible to pass on to the purchaser the many economies that result from sound planning and rigid construction standards.” Selengut, the exclusive builder in these early years, emphasized custom-built homes. By the summer of 1948, a reported 400 lots had been sold, and the majority of completed homes were occupied.

Shore Hills was marketed as a vacation community. In 1948 the developers used the unusually large 8-foot lake drawdown to enlarge the beach to some 400 feet long and advertised that some $100,000 was being spent on recreational facilities.

The Shore Hills Property Owners Protective Association was formed in 1949 to run the common areas. Lifeguards were hired and the newly established teen club planned events such as dances and costume parties. The association hosted its first swim meet for Shore Hills residents. Two Lustron all-steel prefabricated homes built that year became some of the first non-Selengut houses in the development. In the ensuing years, other local builders including Chaplin Builders would also construct many houses.

By the summer of 1950, some 200 homes had been built at Shore Hills. The baseball field and shuffleboard, handball and clay tennis courts had been completed. In June of that year, the opening of a supermarket on the corner of Rogers Drive—across the street from the beach—was hugely popular. Opened by Vincent Gutwein, the store became part of the ShopRite chain cooperative for a time and later operated under many names. 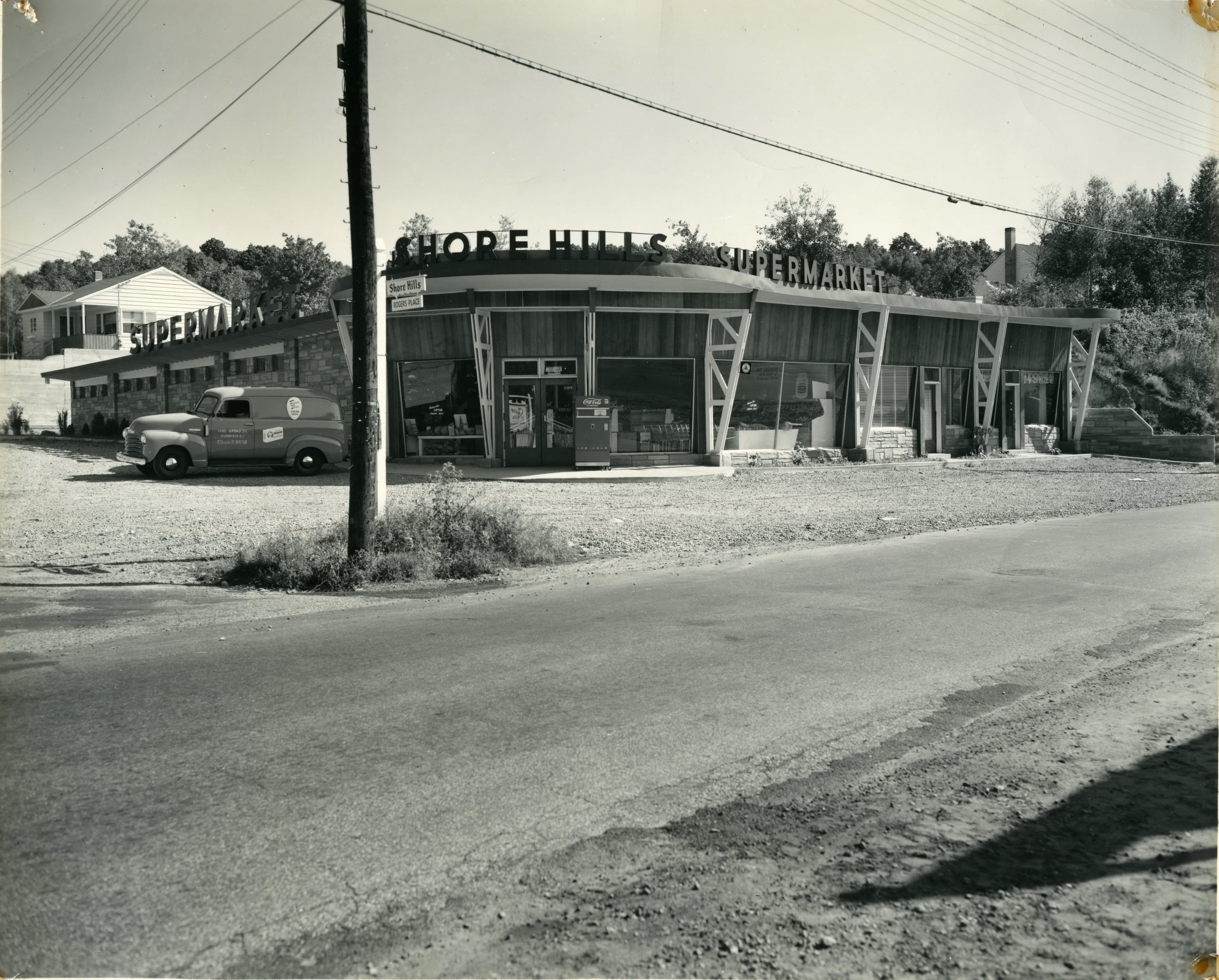 In June 1956, the newly formed Lake Hopatcong Historical Society held one of its first meetings at the Shore Hills Club House. It featured an entire day of activities based on “The Indians Who Lived at Lake Hopatcong and What Became of Them.”

Shore Hills Estates differed from some of the other lake developments of the era. While Jews and Italians were not welcome in places like Lake Mohawk, Shore Hills had no such restrictions. As a result, many early buyers were Jews and Italians from places such as Brooklyn, the Bronx, Jersey City, Newark and Bayonne.

Long-time Mount Arlington resident Jo Ann Gardner remembers moving into Shore Hills Estates in 1960. As a young couple with an infant son, the Gardners did not think they could afford a house, but Manuel Selengut worked out a down payment stretched over five years at $250 each December. Their two-bedroom house on Logan Drive cost $11,000. To put that in perspective, Jo Ann’s husband, Dave, was earning $4,000 a year as a teacher at the time.

She recalled that the house “was just right for us… Shore Hills Estates was a great place to start a family,” she said. “We walked everywhere and it was a friendly place… Dorothy Selengut [Manuel’s wife] and I put on children’s programs and parties in the clubhouse. “We could walk to Gutwein’s grocery store and to the beach and to the clubhouse.”

In those years, most families owned one car that the husband took to work while most women stayed in the community during the day.

Much has changed in the ensuing 50 years. Jo Ann and her growing family moved up the street in Mount Arlington in 1965. She noted that around 1960 many Shore Hills houses started to be converted to year-round homes. Indeed, most of the development’s original structures have been expanded as it transitioned to a year-round community.

It has now been more than 70 years since the development of Shore Hills was lauded as a “miracle.” For many who relocated from the city, started new lives in the country and raised their families at Shore Hills, it lived up to the billing.

I’m from Hopatcong the west shore of the lake. Though over the years have known many residents of Shore Hills. Yes, it truly was a paradise to grow up in.  Swimming and boating almost daily.

We rarely felt bored or lonely; quite the opposite we had many peers to make friends with.

My parents and I moved here in 1958.  Manny Selengut was wonderful. I was only nine years old when they started construction on our house I didn’t know that you could do that. that you could have someone build a house just for you to me he was a wizard   My family loved him.