A visitor arriving at Lake Hopatcong 100 years ago would have found a thriving resort with many hotels, restaurants, dance halls and amusements. One thing they would not have found was alcoholic beverages for sale—at least not legally.

The seeds for prohibition in America were planted in the mid-19th century when supporters of the national temperance movement began to decry alcohol as the root of societal evils, including laziness, promiscuity and poverty. Leading proponents including the Women’s Christian Temperance Union, the Anti-Saloon League and many Protestant denominations, believed banning alcohol would lead to a happier, healthier, more prosperous America. The movement gathered steam around the turn of the 20th century, driven by growing anti-immigrant sentiment and women’s groups that saw temperance as a way to combat domestic violence. Supporters of prohibition assailed the impact of alcohol on families and the inappropriately prominent role they felt saloons played in immigrant communities. Following a resolution by Congress calling for a constitutional amendment to implement prohibition in December 1917, the 18th Amendment was ratified in January 1919.

Although a majority of Americans, particularly those living outside of cities, supported the implementation of a national prohibition act, it was also opposed by a substantial number, including President Woodrow Wilson.

In order to enforce the amendment, Congress had to enact legislation to enforce the ban. The National Prohibition Act, commonly known as the Volstead Act, was passed on October 28, 1919. Although Wilson vetoed the bill on the basis of moral and constitutional objections, the House and Senate quickly overrode the veto and Prohibition took effect on January 17, 1920. The new amendment had a profound impact on the country. The allure of the forbidden gave rise to a glamorous depiction of alcohol consumption. In many ways Prohibition set in motion the change of social mores in America during the Roaring ’20s. The exploits of the flappers and gents who frequented speakeasies were widely documented. 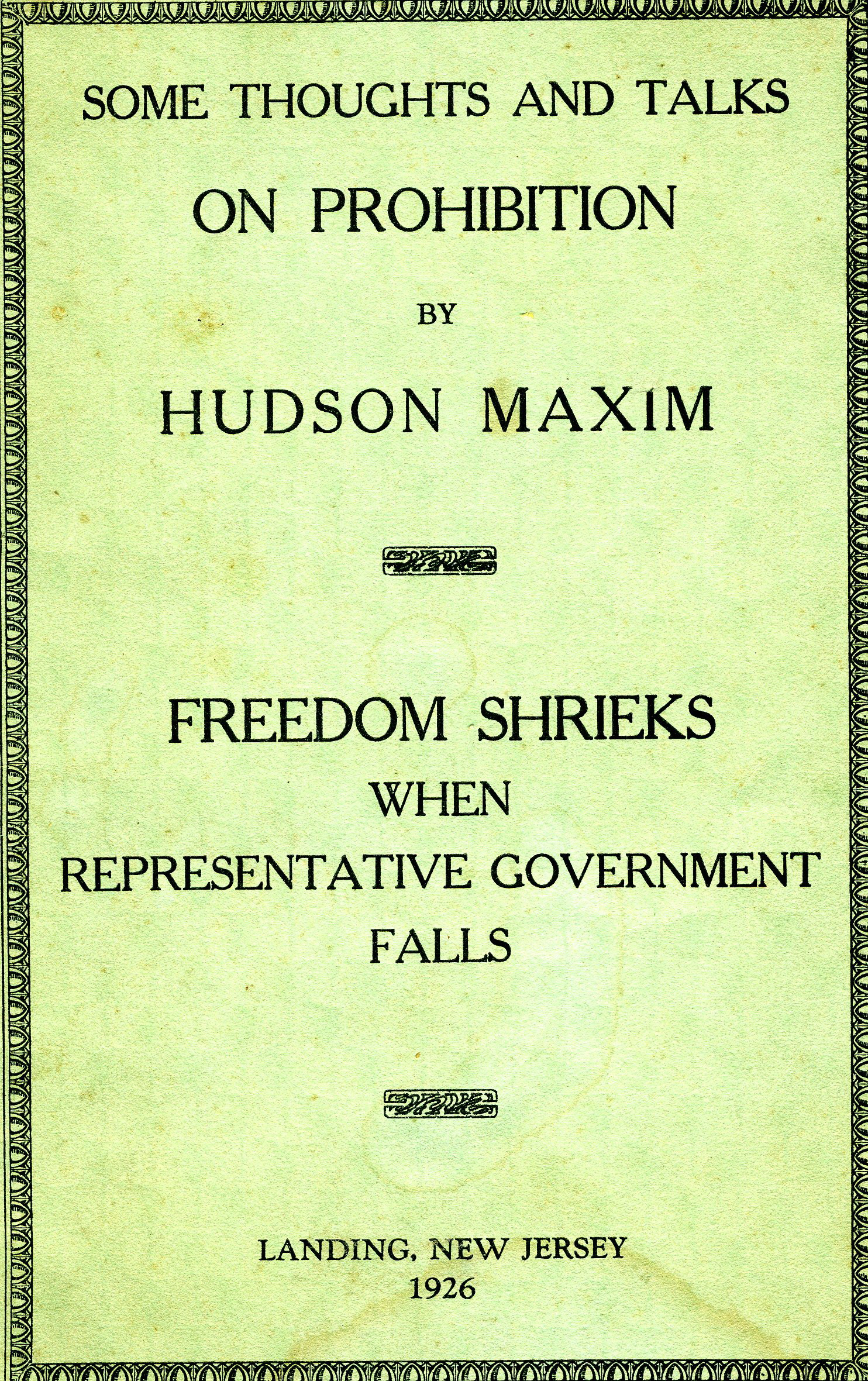 Prohibition led to a pervasive disrespect for law, particularly in larger cities. Out of 7,000 arrests in New York between 1921 and 1923, only 27 resulted in convictions as jurors had little interest in jailing bootleggers. While the possession of alcohol was not illegal, Prohibition led many otherwise law-abiding citizens to walk the line of criminal behavior in order to purchase it. Criminal organizations took the lead in the production and distribution of illegal alcohol. With this new revenue stream, Prohibition turned organized crime into a major business. Corruption reached unprecedented levels as payoffs to ignore the law became common.

Instead of reducing crime, poverty and violence, Prohibition led to increased criminal activities such as bootlegging and widespread alcohol consumption.

Throughout the country, many resorts offered alcohol and generally had little difficulty concealing the illegal activity from authorities. Local officials were often complicit in allowing the sale of alcohol in their communities. While Lake Hopatcong was no “Boardwalk Empire,” it was not difficult to find booze at the lake. As noted in “Hopatcong Historama,” a 64-page book published for the Lake Hopatcong Yacht Club’s 50th anniversary in 1955, visitors to the lake during Prohibition “never had to go thirsty.” Several speakeasies provided “cooling draughts of spirits,” including one River Styx establishment that provided “a curb service for boaters, shaking up a quart of gin while the customer waited.”

Confirming the existence of numerous speakeasies in the borough, Francomacaro said, “if people wanted to drink, despite the laws that said they couldn’t buy the stuff, they drank anyway.” Apparently, it was fairly common for customers to bring bootleg whiskey purchased at a local cottage to borough establishments where they could then buy soda and ice legally. Both men indicated that the Mad House (located where Townhomes at Lakepointe now stand) was known for its homemade gin. 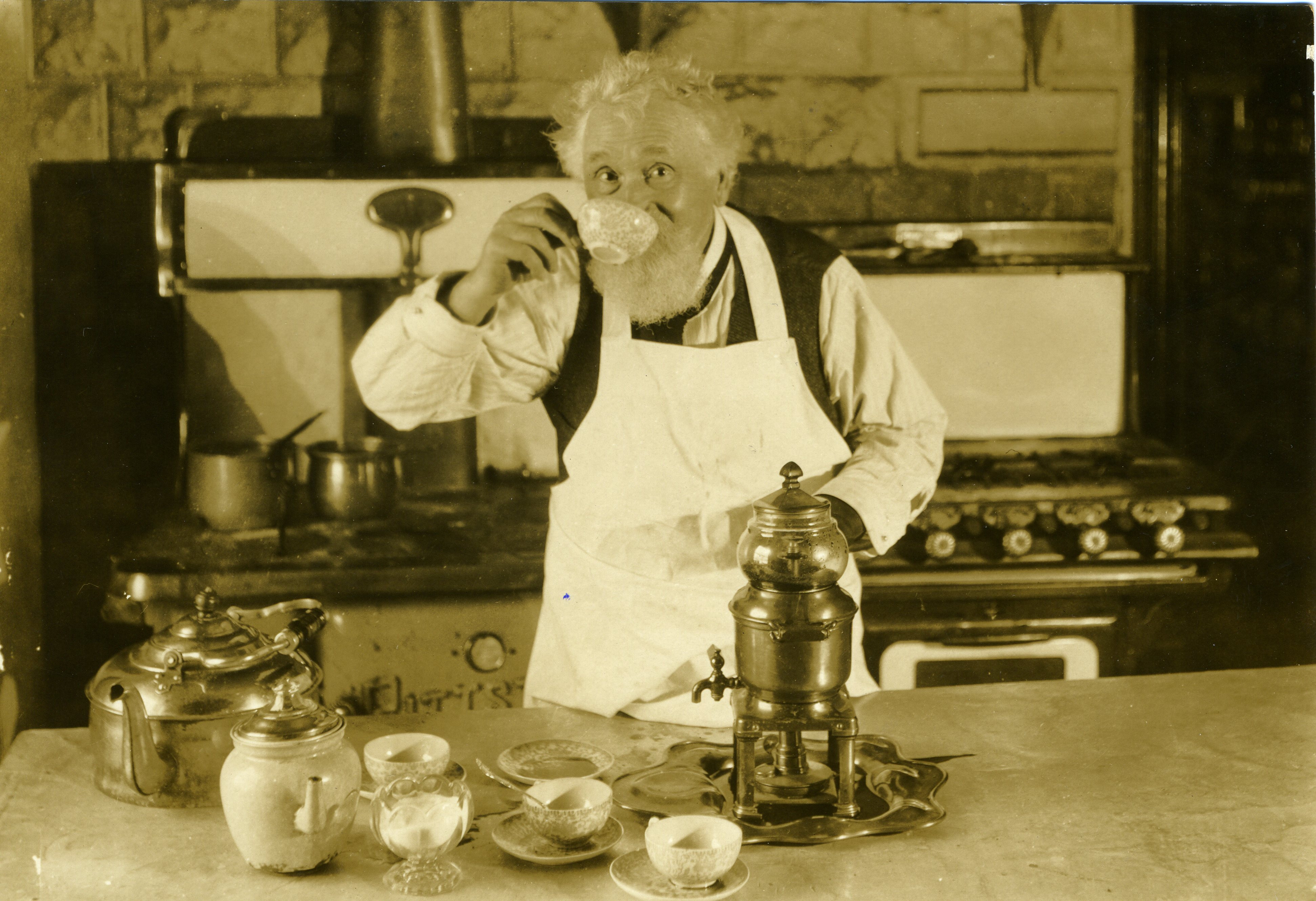 While the Lake Hopatcong Breeze mostly avoided discussion of Prohibition and raids, the lake was mentioned in other New York and New Jersey newspapers numerous times as establishments were raided, shut down and quickly reopened.

One such event occurred on August 30, 1922, when some 20 agents backed by state police staged simultaneous midnight raids on the Monticello House in Landing, Schaefer’s Hotel and Grill in Mount Arlington, and the Great Cove House and Espanong Hotels in Jefferson. Alcohol was reportedly found at each location, with the Espanong Hotel yielding brewing equipment, hard liquor and 315 bottles of beer.

As happened nationwide, local officials were often either lax in enforcing or openly hostile to Prohibition. In June 1923, popular Mount Arlington Mayor Richard J. Chaplin pleaded guilty and paid a $1,000 fine for the sale of alcohol at a hotel he owned on Howard Boulevard.

The September 5, 1925 Breeze reported that Mayor Clarence Lee and members of the Mount Arlington Council denied charges of failing to enforce Prohibition laws and refuted allegations of allowing illegal establishments to run openly, concluding that “the police department and the officials of the borough would be glad to be informed of any places still operating illegally.”

While small raids continued occasionally, a bigger incident during the summer of 1927 brought publicity to the lake. On August 12, The New York Times reported that 16 state troopers and six detectives from the Morris County Prosecutor’s Office raided Lee’s Pavilion dance hall at Nolan’s Point (now the location of the Jefferson House) resulting in six arrests, including one of the co-owners, a Paterson police detective.

Thirty bottles of liquor were found behind the soda fountain, according to The Bergen Record, and a reported 100 people were on the dance floor at the time of the raid. The orchestra leader, Frank Dailey, (who would later open the famed Meadowbrook in Cedar Grove) was held as a material witness.

The New York Daily News on August 13 reported that “police were also on the watch for nude moonlight bathing parties which have been distressing the staider sojourners around Lake Hopatcong.” Assistant Morris County Prosecutor Frank Scerbo claimed that with the influence of illegal alcohol “working girls from New York and Jersey cities go to Lake Hopatcong and Budd Lake for their vacations and throw off every restraint,” adding that “parents in the cities would be horrified at the conditions under which daughters are vacationing in the country.” Evidently, he was not offended by any male behavior. 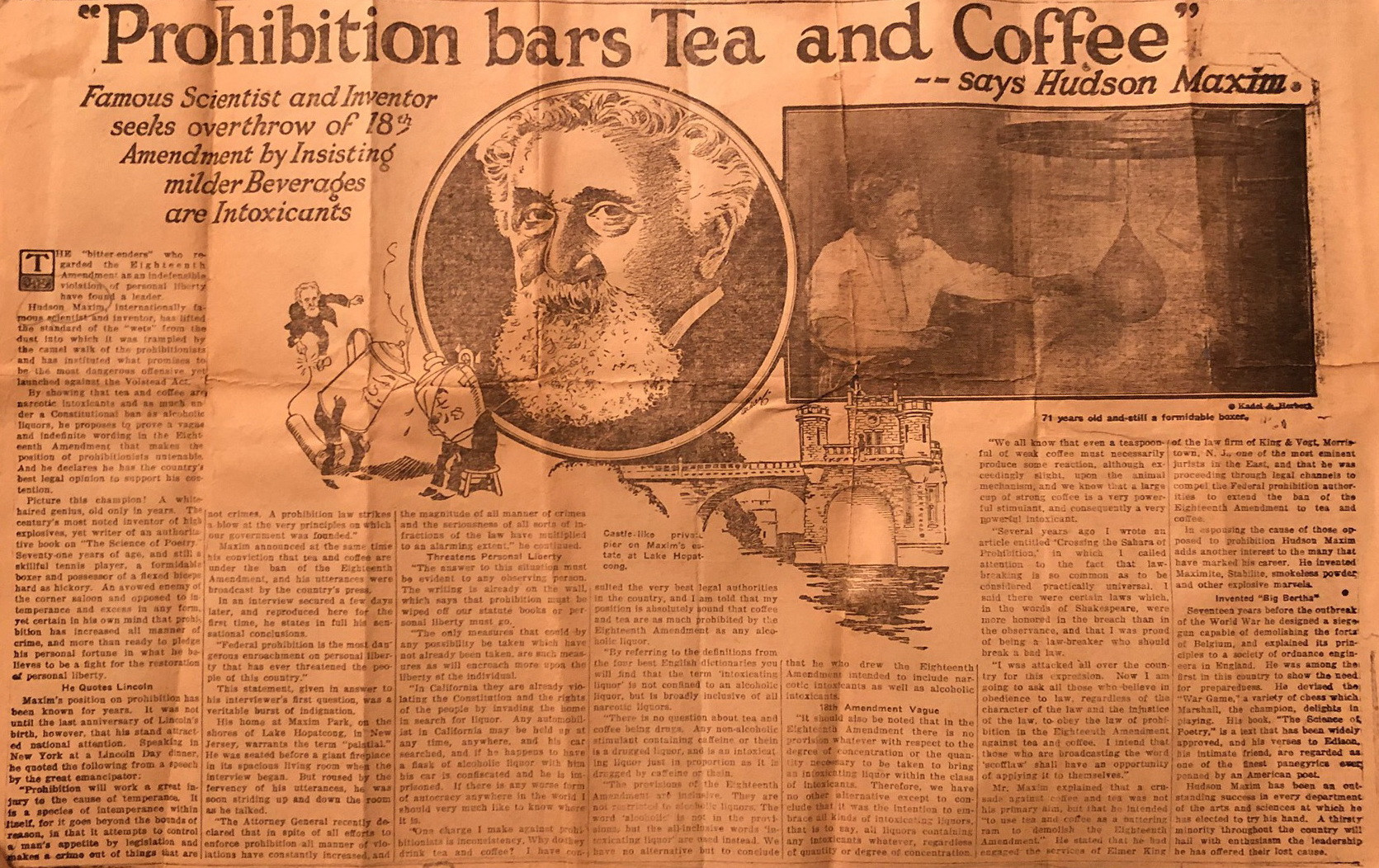 A raid of the Espanong Hotel the following afternoon resulted in more confiscated booze and the arrest of the owner. On August 14, The New York Times reported that the Lake Hopatcong Association, a local business group, claimed the recent raids had calmed everything down and that “Lake Hopatcong is perfectly safe for one’s family at all times.”

While most visits by Prohibition agents did not make the news, New York newspapers reported on raids at Kay’s Hotel (which had replaced Lee’s) and the Yellow Bowl (now the location of Patrick’s Pub) in 1930 and 1931. One of the most impressive arrests at Lake Hopatcong came in May 1931 when agents seized a truck filled with 40 barrels of beer being operated on behalf of notorious gangster Waxey Gordon.

Lake Hopatcong had its own well-known bootlegger, John J. Dunne of West New York, who started Prohibition as a day-laborer and retired a beer baron in 1930, worth a reported $15 million. In 1924, Dunne bought the Lotta Crabtree house in Mount Arlington. He operated breweries in plain view, was arrested many times and somehow always avoided jail. Dunne was extremely generous to lake causes and hosted many elected officials at the Crabtree house.

Lake Hopatcong’s own Hudson Maxim, an inventor and businessman with strong opinions on most subjects, wrote and spoke out vehemently against Prohibition. Testifying before the United States Senate in 1926, Maxim stated that Prohibition did “more harm than good… and is actually promoting intemperance and breeding crime” and that “in the interest of temperance and humanity, we should do our very best to wipe out the blot of its black hand upon the Constitution.” (Maxim received much publicity in 1924 when he threatened to sue to add coffee and tea to the ban as intoxicants under Prohibition.)

The 1920s ended, the Great Depression struck and in November 1932, Franklin D. Roosevelt was elected president with a pledge to end Prohibition. In December 1933, the approval of the 21st Amendment rescinded Prohibition. Many locals and visitors would later look back fondly at those “dry” summers of the Roaring ’20s at Lake Hopatcong.

A winning entry in the Decorated Canoe Contest held as part of the Aquatic Carnival on August 12, 1925. Dorothy Cartwright of Chatham conceived the idea and is the paddler.

Well-known bootlegger John J. Dunne at his Lake Hopatcong cottage, which had formerly been owned by Lotta Crabtree.

Hudson Maxim in a publicity photo from 1924 when he threatened to sue to add coffee and tea to the ban as intoxicants under Prohibition. 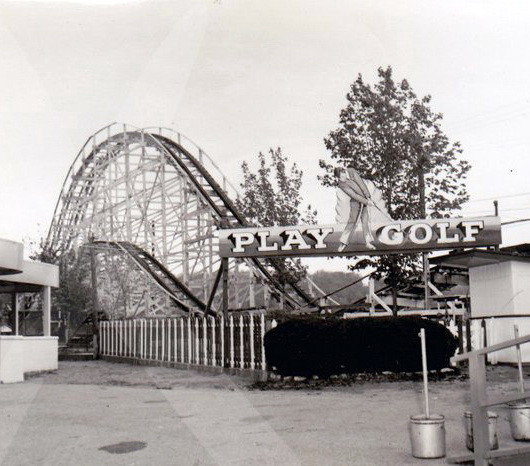