MOUNT ARLINGTON - A plaque commemorating the life of Mount Arlington resident Curtis Mulch, 68, who died in June of 2020 while operating a weed harvester on Lake Hopatcong, was unveiled at Lee’s County Park Marina on Saturday, Sept. 18. A long-time lake resident, Mulch was remembered as “a real lake keeper” and as someone “so dedicated to his job,” said Roxbury councilman Mark Crowley in his remarks to the more than 70 friends and family in attendance. Mulch operated a weed harvester on Lake Hopatcong for the Lake Hopatcong Commission and the New Jersey Department of Environmental Protection for 12 years.

Standing in front of the newly groomed garden where the plaque is displayed, and flanked by daughter Kelley Bressette and son Curtis Jr., Mulch’s widow, Jean Mulch, was overwhelmed with the amount of people who came out to show their support.

“There are so many people to thank,” she said. 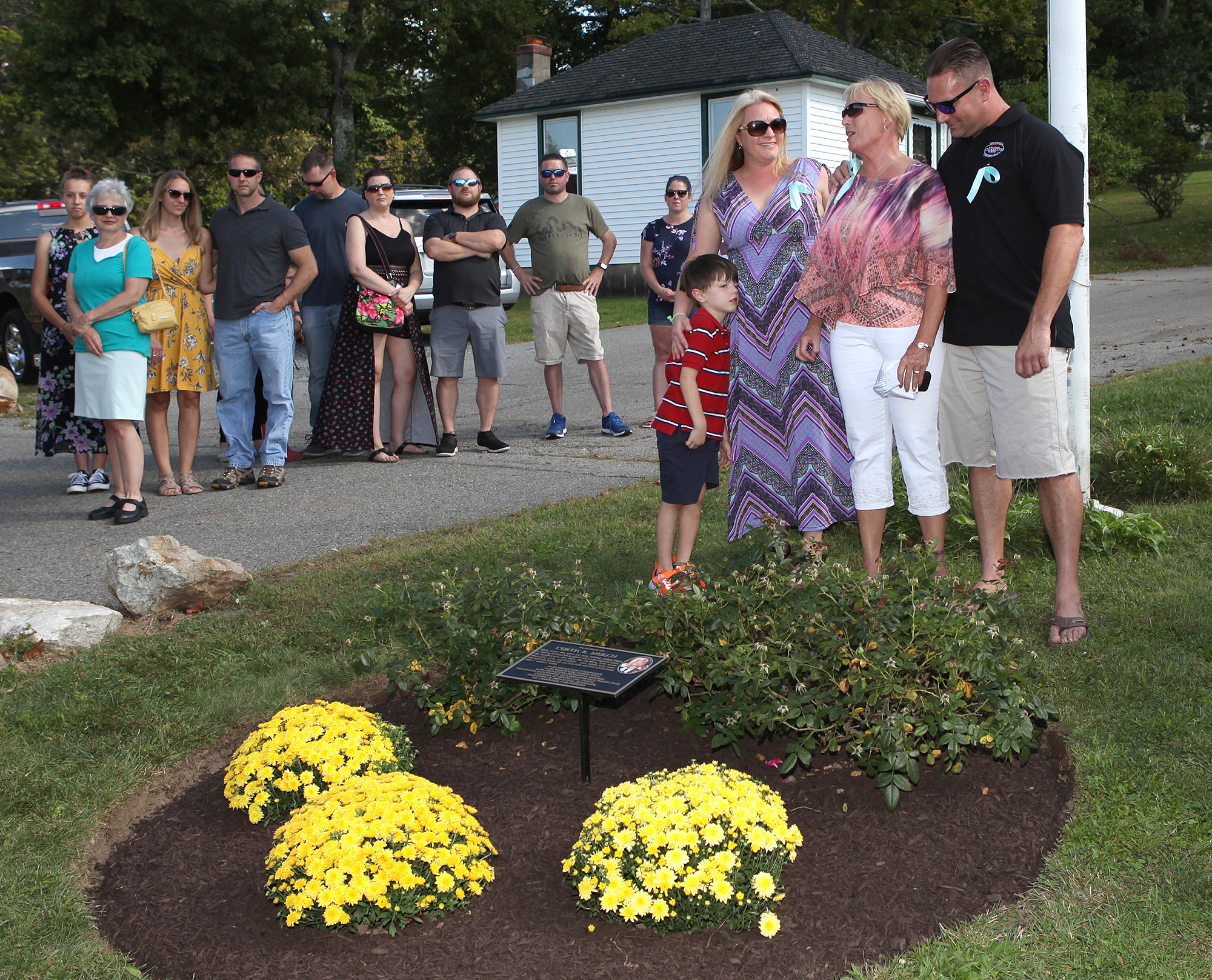 “This is an awesome tribute to him.”

Mulch added that her husband was a very “humble” man who would not want any “special attention. He took his job seriously,” she said. Miss Lotta, the lake’s dinner boat, timed an appearance, stopping just off the docks at the marina to pay tribute by blowing its horn three short blasts. Also in attendance was Mount Arlington Mayor Mike Stanzilis and representatives from the Lake Hopatcong Commission, the Lake Hopatcong Foundation at the DEP.

The plaque, which reminds those who use the lake to think of Mulch’s dedication and sacrifice, is located in a garden near the flag pole to the left of the marina’s office building.