This year, the first event since the mayor declared the first Saturday in June for Pride Day in Jefferson, organizers added a rainbow bagel breakfast and story hour, rainbow rock painting tables, a raise-your-own-flag feature with a portable flagpole, and an inclusive band of students from the School of Rock in Randolph in which LGBTQ and neurodiverse musicians were represented. There were also free handheld flags, free rainbow shirt pins, and toys to play with including rainbow soccer balls and hula hoops. The event represented a collaborative effort between organizers, the town and participating student groups, and brought leaders of both political parties together in unity in support of Pride.

“I want to thank Christine Clarke for organizing this Pride event for the third year. As Mayor of this great community, I am happy to support its diversity. I thank all who attended and participated in making this year's event a success,” said Jefferson Township Mayor Eric Wilsusen.

"I am so excited to be back visiting my hometown to talk about my experience growing up as a LGBTQ youth in this town as well as my new book, Gill the Merboy. It was wonderful to be back before traveling to South Africa to compete in the Mr. Gay World competition representing the USA as Mr. Gay World USA!” said Tony Ardolino, actor, director, and keynote speaker at Jefferson Township Pride.  At the event, Ardolino read the book for attendees during the morning story hour, and advanced copies were available for purchase and signature. A signed copy was donated to the Jefferson Township Public Library. 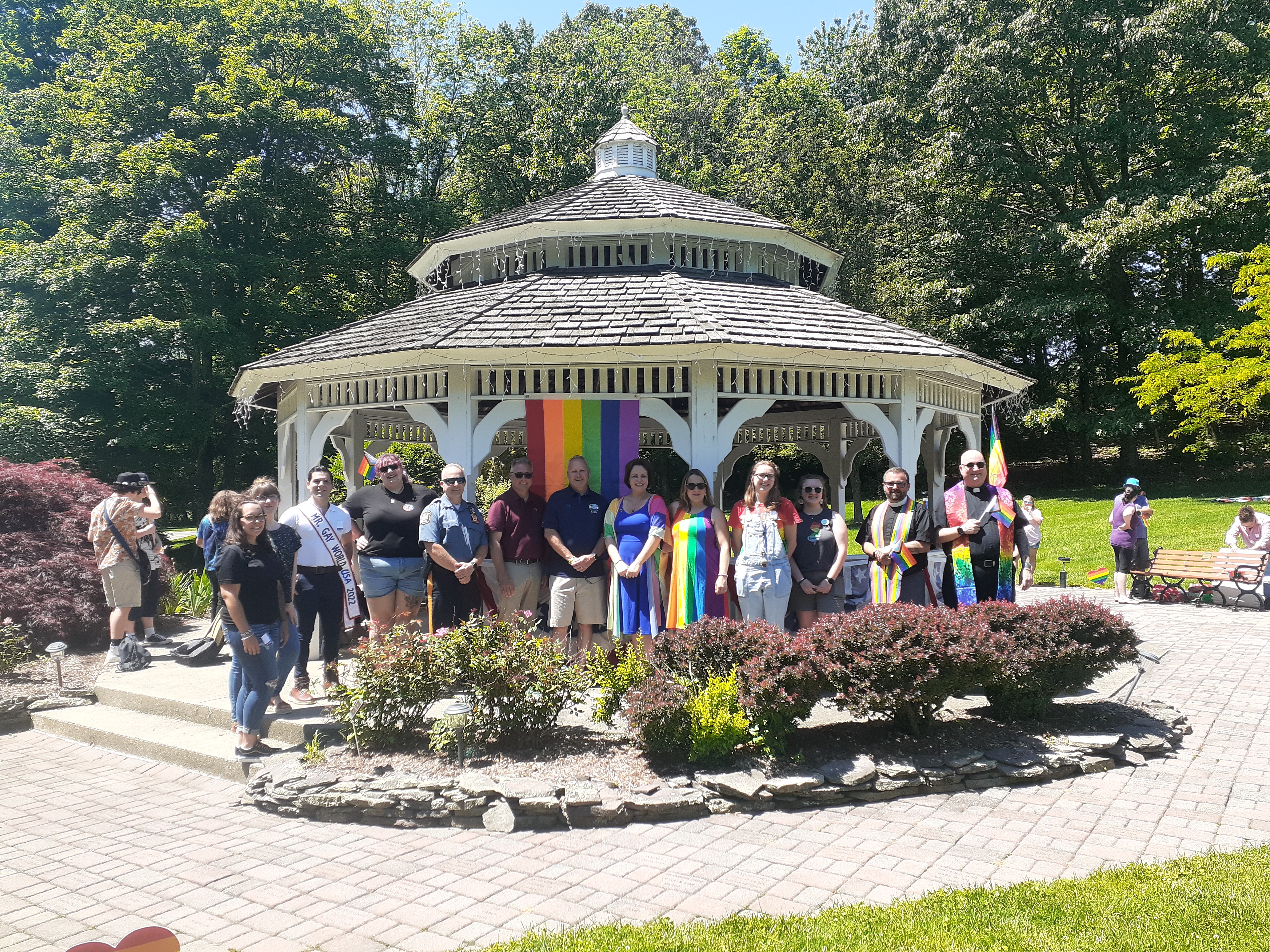 "I'm incredibly grateful to have been a part of planning this amazing event. I'm so happy to be able to support my fellow members of the LGBTQ+ community!" said Flynn Davidson, Jefferson Township High School student and leader with the high school’s Gay-Straight Alliance. Davidson helped organize the Gay-Straight Alliance’s participation in the event, and shared a speech delivered by Shay Meli on their behalf.

“As a bisexual teenager living here, I’m incredibly excited to be not only able to go to a Pride event, but to be a part of it with my closest friends. I’m extremely grateful to Christine for putting this together and so happy we’re able to take steps forward as a community to become more accepting and united as a whole,” said Elizabeth Katz, Jefferson Township High School student and one of the lead singers of the band from the School of Rock in Randolph that played the event.

“Events like this give me hope that we will get to a place where people can be free to love who they choose and love who they are. But, I’m especially hopeful because of our teenagers that are here today. Whether they are a part of the LGBTQ+ community, or an ally, as a generation they are more inclusive and more open minded than any generation before them,” said Michele Katz, Elizabeth’s mother and co-organizer of this year’s event.

“I want our LGBTQ+ residents to know that you will always find love and support here. It’s events like this that remind me of why I moved back to my hometown and why I’m proud to call Jefferson my home,” said Brenna Bakera, who spoke on behalf of the Jefferson Township Democratic Committee.

“Let’s decide that we want to be the kind of people who put in the time and care to make sure that our town remains a safe place for LGBTQ residents to go to school, grow up, live, work, and raise their families in the future, and that they can speak of our town with the same Pride as we all feel in our loved ones and in each other as we all join together today,” said Dan Schultz, Chair of the Jefferson Township Republican Committee, in his speech to the crowd. 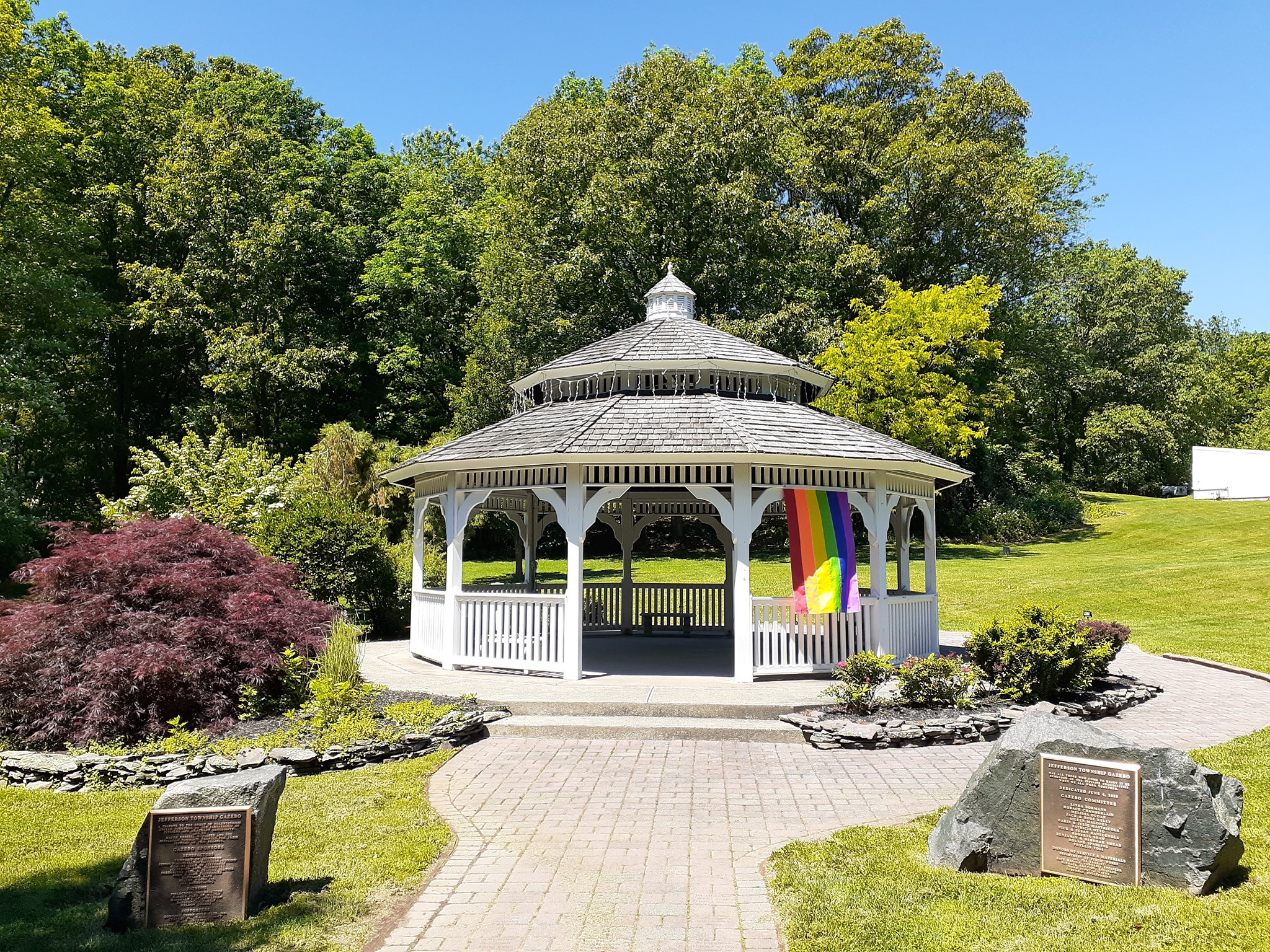 Jefferson Township Police Chief Paul Castimore reminded everyone that the Jefferson Township Police support LGBTQ rights and pride, and residents are welcome to come to them if they need anything. Counselor Emily Ryzuk explained to the crowd how to be supportive to LGBTQ people and show care, interest and love. EDGE NJ Special Events Coordinator Zoe Heath discussed the range of services EDGE NJ provides including gender affirming care and support, and shared an open invitation to everyone to come to Morris County Pride at County College of Morris on June 25. Keynote speaker Tony Ardolino shared his experiences growing up in Jefferson, shared the joy of his successes, and shared appreciation for the crowd and their support for LGBTQ rights and causes.

“I am so inspired by everyone who came out today in support of LGBTQ rights and people, and hope that our efforts together make a difference in the world around us,” said Clarke, event sponsor and lead organizer.