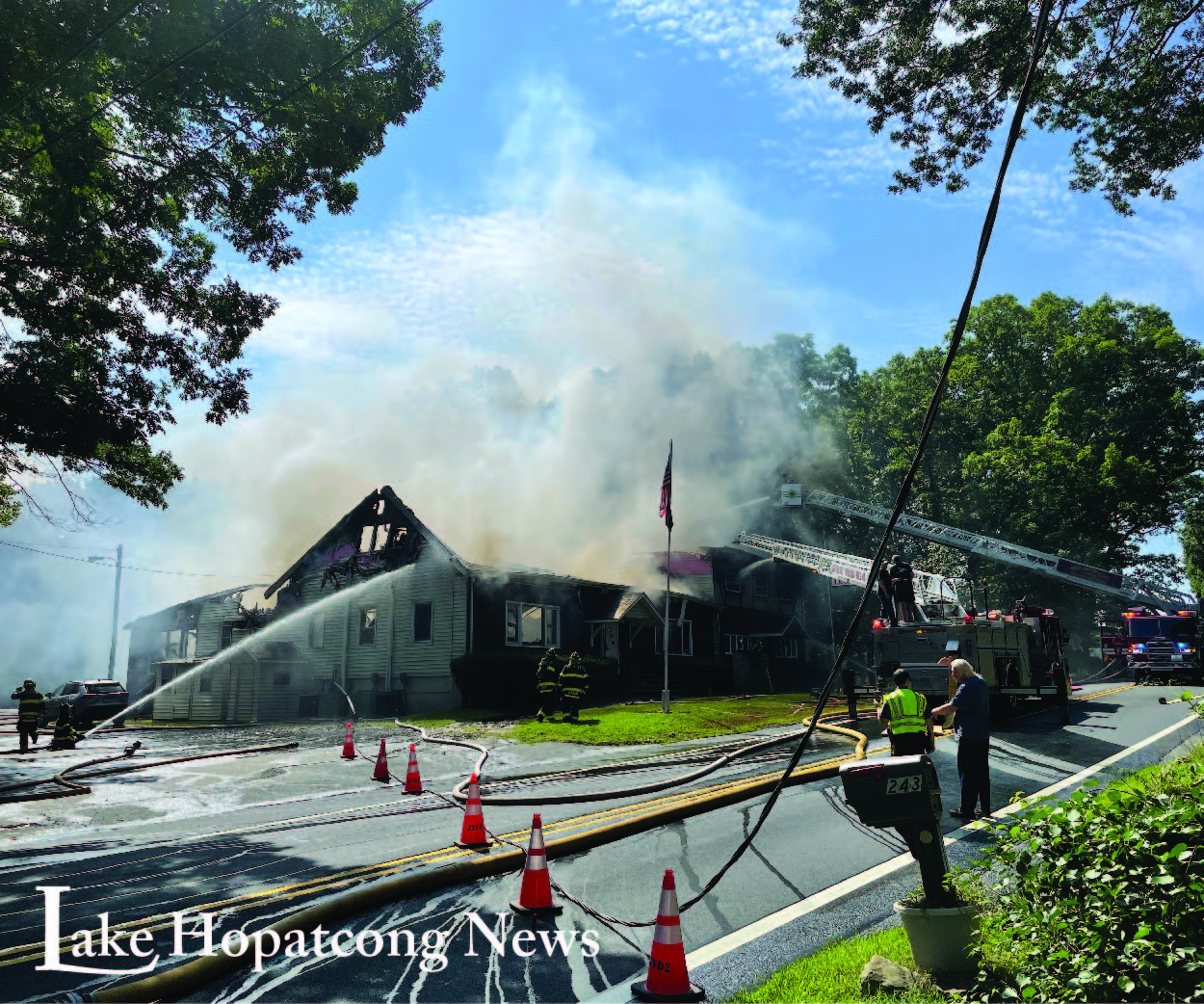 JEFFERSON TWP., N.J. August 26, 2022 – A kitchen fire that quickly spread to the rest of the building, including the banquet room and the bar area, all but destroyed the Lake Hopatcong William H. Flatt Jr. American Legion Post 245 today.

The post is located on Espanong Road in the Lake Hopatcong section of the township.

Tony Gross, post commander was one of two people inside at the time the fire started, preparing for the annual Fish Fry, which was to be held later today. Both occupants were able to vacate the building unharmed.

Crews from multiple fire departments responded to the mid-morning blaze, including all of Jefferson Township and the Picatinny Arsenal ladder truck. The fire was knocked down just before noon.