Roxbury (Tuesday, May 25, 2021) – Under a vast blue sky and with the sounds of construction being completed at Hopatcong State Park, local, county, and state officials, including acting NJ Department of Environmental Protection Commissioner Shawn LaTourette, kicked off the beginning of the 2021 summer season by celebrating two years of work to combat the Hazardous Algae Bloom that in 2019 effectively closed the lake.

In his remarks, LaTourette said the department has aggressively worked with area partners to focus on the causes of the HAB, and the impact on water quality and the broad lake economy.

Jefferson Mayor Eric Wilsusen spoke for many when he said, “this lake is a jewel.”

The 2019 lake shut down had business owners and home owners asking officials what they were going to do, he said. What Wilsusen and the other three lake area mayors did was reach out to county officials, state legislators and the DEP for help. 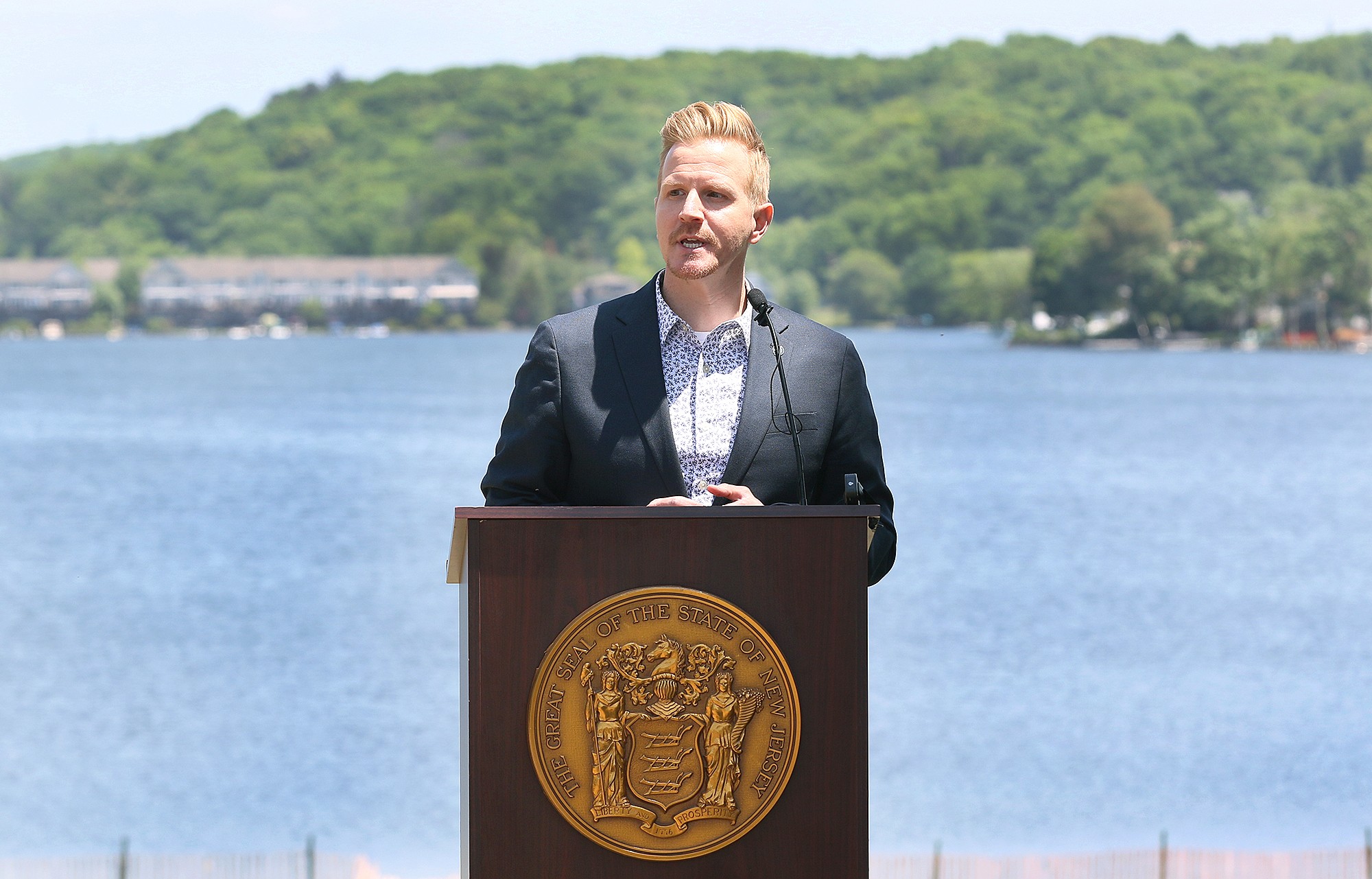 It is a watershed wide effort, said LaTrourette, adding that DEP’s HAB task force has worked to develop treatment standards that are “current and meaningful.”

Among the water quality projects celebrated at the May 25 event was the completion of a sewer line from the state park property to the Roxbury sewer system, eliminating a major source of lake pollution, said Roxbury Mayor Bob DeFillippo. Also celebrated was the recent completion of a new sewer line along Hudson Avenue in Hopatcong, replacing 38 septic systems along one shoreline in Crescent Cove.

Officials were given a tour of the lake courtesy of the Lake Hopatcong Foundation’s floating classroom, stopping at the River Styx Bridge to allow Hopatcong Mayor Michael Francis to illustrate to LaTourette the workings of the aeration system installed last year in Crescent Cove. “It was called the Mudhole,” Francis said, because the bottom of the shallow cove was thick with mud. T

he aeration, said Francis, is breaking up that muddy bottom, resulting is less weed growth and less stagnant water. The presence of ducks swimming in the cove delighted Francis. Agitating the water, he said, deters cyanobacteria, but cycles good algae from the bottom of the lake, stirring up the food chain so that wildlife, like the ducks, make their way back into the cove.

State Senators Anthony Bucco and Steven Oroho said their legislation seeking an additional $10 million annually for lake watershed enhancements was passed from committee and is awaiting action from the full state Senate. Bucco said the bill has been received favorably by Senate President Steven Sweeney.

NJ Rep. Mikie Sherill, whose 11th District includes Lake Hopatcong, said she was able to add language to an annual funding measure for the U.S. Army Corps of Engineers that expands the range of programs funded by that bill to include work done in watersheds inside New Jersey, areas that had been previously excluded from that funding.

Lake Hopatcong Foundation Board Chairman Marty Kane also told LaTourette about efforts to reduce the impact of boat crowding in Byram Cove, including the establishment of open passage ways on busy weekends.

LaTourette also noted that in an effort to boost park attendance this summer and support COVID vaccination efforts, residents who have been vaccinated could receive a “vax pass” for free entry into state parks in 2021. 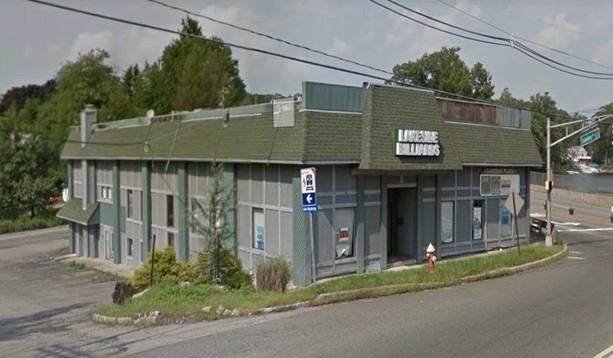