Were your Christmas traditions carved in stone or did they vary from year to year?

I loved that our Christmases were always the same when I grew up.

My mother, Gertrude Kertscher, prepared a beautiful dinner featuring a roast duck or goose with all the trimmings: chestnut-prune stuffing, mashed potatoes, homemade red cabbage and dessert, followed by opening our presents under the tree. Suited up in our best clothes, my brother and I could barely sit still at the table waiting to be excused.

When my kids were little, we would still go to my parents’ home on Lake Hopatcong on Christmas Eve dressed in our holiday finest. My husband, Aaron and I, would try to keep our squirming kids at the table until the dinner dishes were cleared. There were always several escape attempts under the table as my daughter, Erika, and son, Francis, would make a break for the Christmas tree, which we would try to thwart among excited squeals and laughter. The grandparents always plotted with the kids, though! 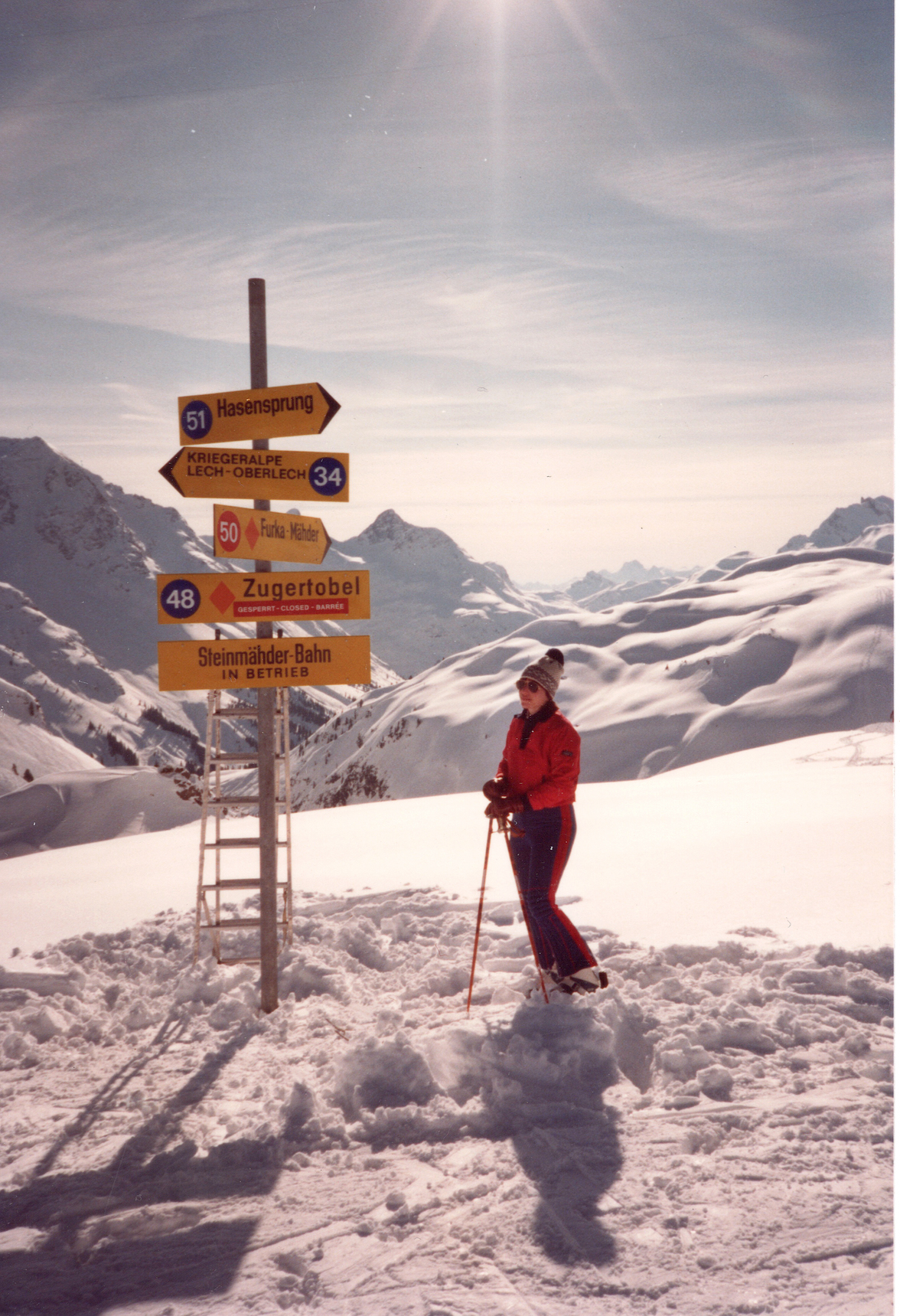 Aaron and I added decorating our own Christmas tree to our family tradition after we got home from the lake on Christmas Eve.

But, at our house there was always the threat of not having a tree to decorate.

Aaron, who loves a bargain, would hold out until the last possible moment before Christmas to buy a tree. The selection was not always the greatest the closer we got to the holiday, and there were definitely some “Charlie Brown” specials among the trees he ended up bringing home. Aaron would trim them up and drill holes in the bare spots, filling them with the pruned branches, making them somewhat presentable and acceptable.

One year, however, he waited too long to get a tree on sale. It was December 23 and there were no trees to be had. Or, perhaps, no trees to be had under $50. I was distraught. I had never celebrated Christmas without a tree before and here we were at the zero hour— until I heard the buzz of a chainsaw outside. Aaron had often threatened that, if all else failed, he would cut down one of the evergreen trees in our yard. I never believed him. But now, there he was, chainsaw in hand, shouting to me over the din of the running saw: “Which one do you want, honey?”

In tears, I pointed to the blue spruce growing next to our toolshed and within minutes it was felled, trimmed and brought into the house.

It was probably the best-looking Christmas tree we ever had.

So, my kids grew up having two Christmases with trees and presents—one at the lake and one at our home.

After the mêlée of opening the presents at our house, I always made our traditional Christmas breakfast: kaiserschmarrn with pflaumenpüree.

Kaiserschmarrn is a fluffy Austrian shredded pancake cooked in butter, sprinkled with confectioners’ sugar and served with a purée of Italian prune plums. We first tried kaiserschmarrn during a ski trip in Lech, Austria. The restaurant was a ski-in, ski-out mountain hut we stopped in at lunchtime. One of the guides Aaron had skied with insisted we all try the kaiserschmarrn.

It really hit the spot. Sweet, tart and hearty enough to keep us going for the rest of the day, it was the perfect food after a morning of skiing in the beautiful Arlberg Alps.

When we returned from our Austrian ski trip, my mother found a recipe for kaiserschmarrn in my grandmother’s old German cookbook (Das Hauswesen, ©1873). She had to read it to me as it was printed in old German— “Fraktur” font—which takes me forever to read. I couldn’t wait to try the recipe, though. After a few tweaks, I came up with this version here. Maybe you won’t want to wait until Christmas. 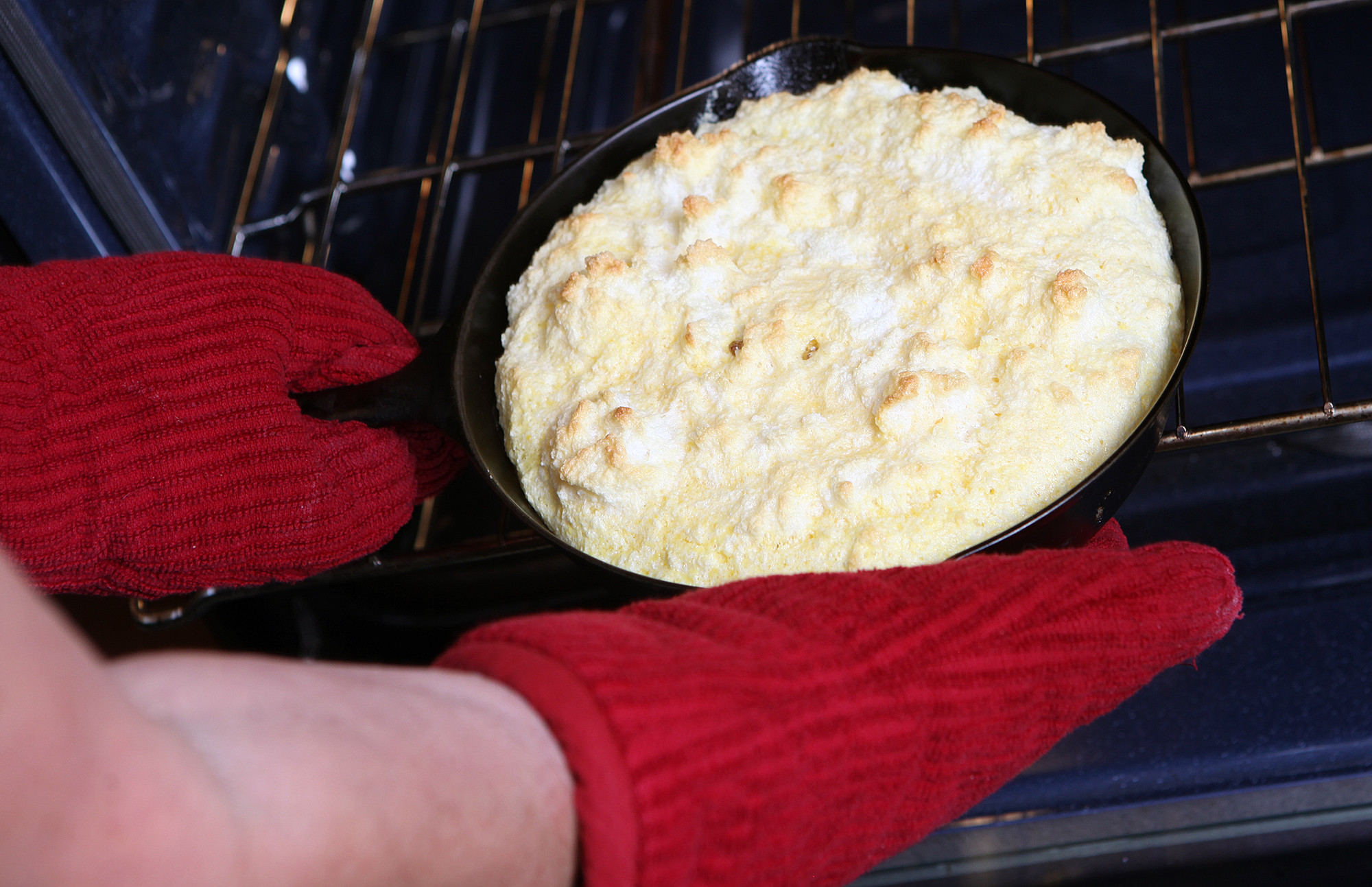 If I manage to find fresh “pflaumen” (Italian prune plums) in the fall, I will pit and cook a couple of pounds down with sugar (2 pounds of plums with ⅔ cup sugar, cooked until soft) and have them “in the vault” (freezer) for when I need them in winter. Supermarket black plums ed for the compote, or, when all else fails, you can serve kaiserschmarrn with applesauce.

If I manage to find fresh “pflaumen” (Italian prune plums) in the fall, I will pit and cook a couple of pounds down with sugar (2 pounds of plums with ⅔ cup sugar, cooked until soft) and have them “in the vault” (freezer) for when I need them in winter. Supermarket black plums ed for the compote, or, when all else fails, you can serve kaiserschmarrn with applesauce.